Police say they are looking for a trio of suspects in this case.
WPVI
By Rick Williams and Heather Grubola 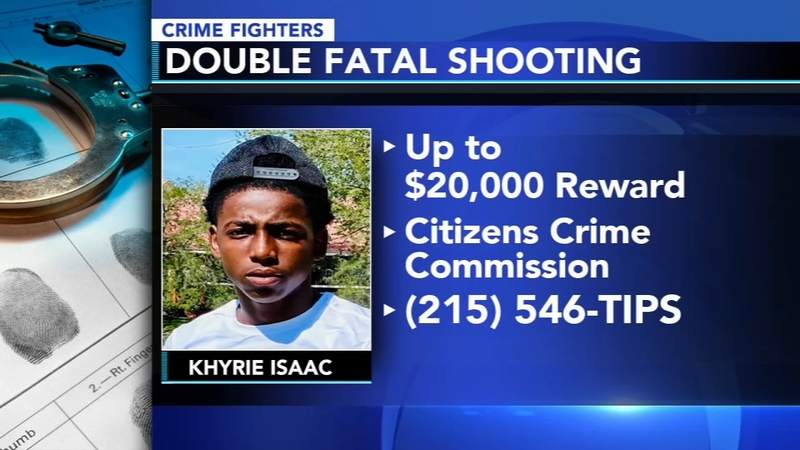 PHILADELPHIA (WPVI) -- On Monday, August 16, two teenagers were found inside a car with multiple gunshot wounds, and both died from their injuries.

Police say they are looking for a trio of suspects in this case.

Philadelphia police were called just after 7 p.m. to the parking lot of ShopRite at the One and Olney Shopping Center in the city's Olney section.

"Upon their arrival, they noticed a black SUV with two persons in it," said Santo Montecalvo of the Citizens Crime Commission.

Chief Inspector Scott Small of the Philadelphia Police Department said, "It appears that the shooters walked right up to this BMW and intentionally fired at least 16 shots through the front windshield and through the driver door window."

The first victim was identified as 18-year-old Khyrie Isaac. He was taken to a nearby hospital, where he died of his injuries.

The second victim was a 19-year-old female. She also died from her injuries.

Police say they are looking for three suspects who were in a white sedan with black-rimmed tires.

"The Citizens Crime Commission's call for a $20,000 reward for information that leads to the arrest and conviction of the person or persons who committed this act," said Montecalvo.

If you have any information, you are urged to call the Citizens Crime Commission at 215-546-TIPS.