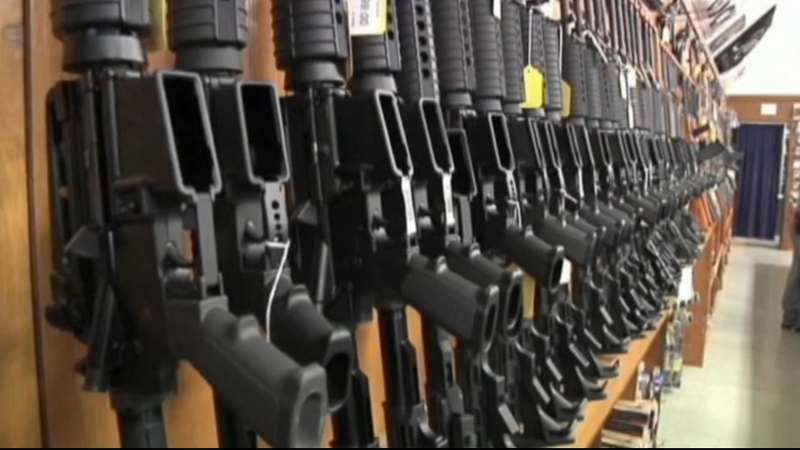 Her uncle, Robert Olds, says he simply can't come to grips with someone so young and vibrant falling at the hands of such senseless violence.

"Rikki lived life on Rikki's terms. Not anybody else's terms, and then her life was cut short," he says.

Which, once again, turns the discussion toward what to do about it.

Pennsylvania Congresswoman Madeleine Dean, a Democrat, says the House did pass legislation calling for universal background checks, and for closing the so-called "Charleston Loophole" allowing for some gun sales before the completion of a background check.

She adds, though, that this is actually the second time these bills have made it to the Senate.

"We passed that in the last Congress, February 2019, and it went nowhere in the Senate and we just passed it again two weeks ago," she says.

Pennsylvania Republican Senator Pat Toomey says there is no way those bills will get the 60 votes needed to pass the Senate.

He says with the chamber split evenly between Republicans and Democrats, the difficulty is proposing a gun control bill that gun rights advocates, including himself, will not regard as an infringement on the Second Amendment.

"I've been working on this for eight years and it's been really tough. So, I've got to be realistic about this, but I'm going to certainly continue my effort. But, I do think there's a chance we might be able to get something done," he says.

Meanwhile, White House officials say that President Joe Biden is "considering a range" of executive actions to stop gun violence, but no details have been released just yet.

ABC News correspondent Matt Gutman was live from Boulder, CO, with the new details out of the grocery store massacre -- who are the victims and who is the suspect?