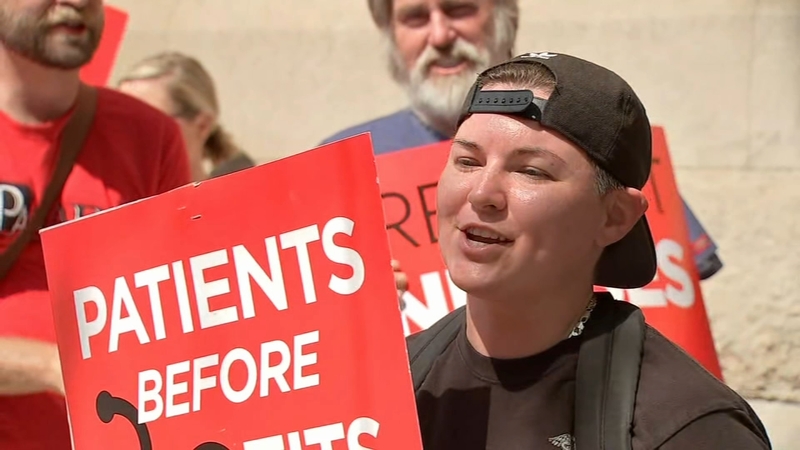 They were there to deliver him a message.

Freedman, the CEO of Philadelphia Academic Health System, announced plans to close Hahnemann Hospital on or around September 6.

In response to the announcement, nurses have protested the closure.

Several elected officials have joined them.

Members of the U.S. Senate and Congress demanded Freedman change course on his decision.

"In purchasing these hospitals, you made a commitment to these people and to the city of Philadelphia. We ask that you honor that commitment by exploring all options to protect these important institutions, and do everything you can to reach an agreement that will keep them open," the letter reads.