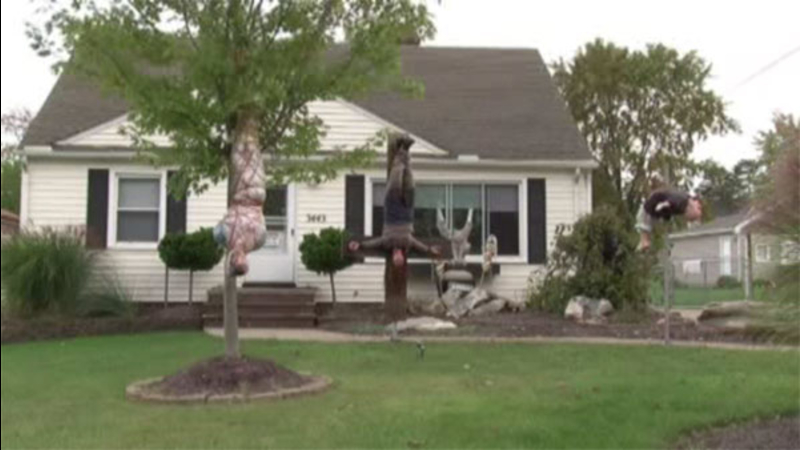 PARMA, OHIO (WPVI) -- Some people in Parma, Ohio say a Halloween display in their town is way too real.

A mother says her daughter thought they were real bodies.

Some kids in the suburban cleveland town say they didn't even realize it was just a display.

It's close to an elementary school.

Jackie Anselmo was so troubled by it that she took a picture and emailed the city to try to get the display taken down.

But the city says there's nothing they can do about it because it's freedom of expression.

The owner and her husband say they haven't had any complaints.

She says she even has a two-year-old and a special-needs teenager, and would never do anything to purposely frighten children.