Handyman accused of serial rape sentenced to 60 to 120 years 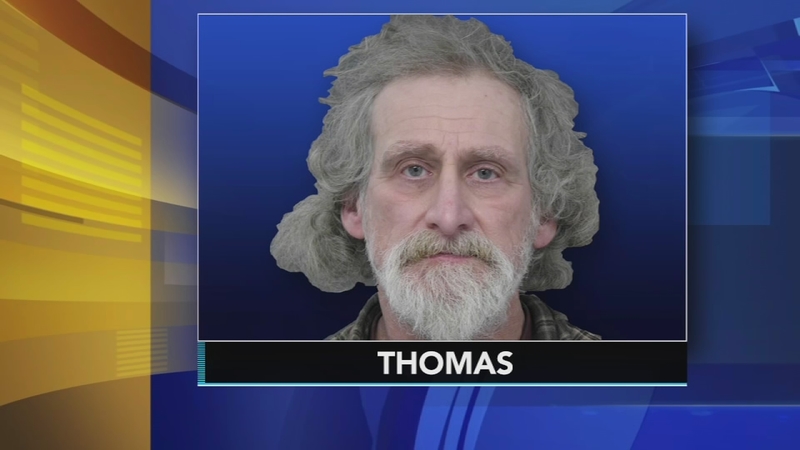 DOYLESTOWN, Pa. -- A Bucks County handyman accused of serial child rape, and who prosecutors said kept a "perverse shrine" and images and writings related to his crimes in his trailer home, has been sentenced to 60 to 120 years in prison.

William Charles Thomas, 59, pleaded no contest Monday to charges that he raped six girls and sexually abused a seventh between 1990 and 2017. He also entered pleas to child pornography counts.

Bucks County prosecutors said he kept a "perverse shrine" in his Morrisville trailer - 1,000 pairs of used girl's underwear - and documented his crimes in hundreds of disturbing, graphic images and writings.

One former victim, now 33, said she was in elementary school when Thomas came into her life and barely a teenager when she last saw him, but her fractured memories of him remained.

Thomas apologized in court Monday, saying he never intended to hurt anybody.

"I tried my best to keep it in my head and not touch another person," he said.

Judge Wallace H. Bateman Jr., however, called him a "monster" and said he found the apology disingenuous.

"It's clear to me that as long as you are in the community, the children of our community are at risk," Bateman said. "Your depravity is without limitation."

Defense attorney Kenneth Hone said his client had suspected since his arrest that he would die in prison. He asked only that his client, in "frail" health, perhaps be allowed to serve his time in a facility for geriatric inmates.