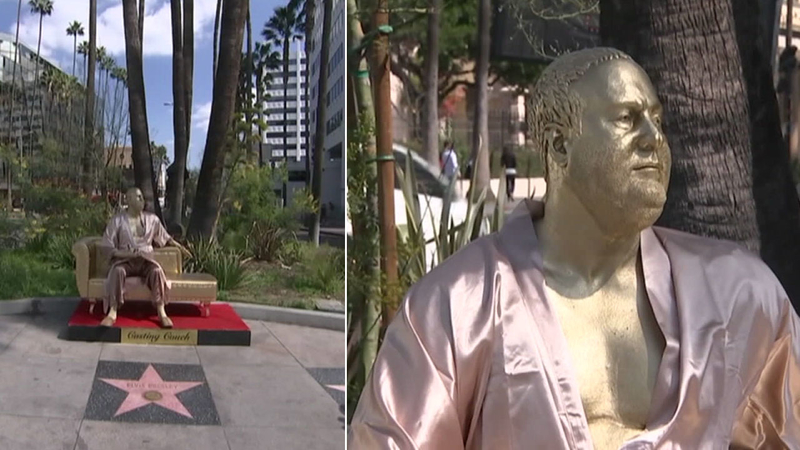 The street artist named Plastic Jesus created the statue not only to highlight the entertainment industry's current climate, but also Weinstein's role in it.

"We picked the Oscar time specifically because there's so much focus on the awards at this time of year, but as everybody knows Hollywood - like so many other industries - has this dark underbelly that is often ignored or in this case has even been covered up or worse," Plastic Jesus said.

But by nightfall, the statue was gone. The art comes only a few days before the Oscars ceremony, which is one of the biggest nights in Hollywood.

Because of the ongoing sexual misconduct crisis, the Time's Up movement will be highlighted during the telecast.

Director Ava DuVernay, who is also one of the leaders of the movement, told Variety that the moment was carved out to bring attention to the cause.

"We're trying to move things forward, and so it's really important that we continue to assert our voices," she said. "I want people to do what's in their heart and we've been seeing real authentic responses to this time that we're in."

Charlize Theron said she knows people are going to the Oscars to celebrate one another's achievements, but it would be hard not to talk about the movement.

Alicia Vikander said she's excited to see the empowerment for women and minorities.

"I've been thoroughly excited over the last few months to know that discussion about empowerment, about women, about minorities finally getting their voice heard. I feel very positive about the future," she said.