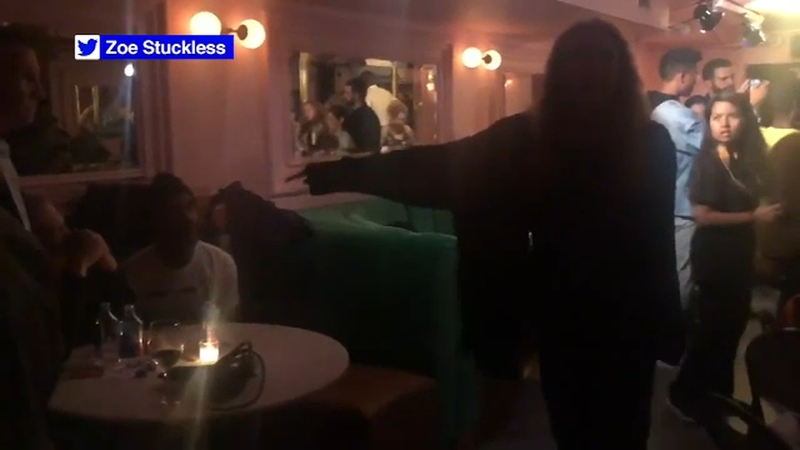 MANHATTAN -- There's video of an intense confrontation after a woman spotted Harvey Weinstein at a charity event for actors at a Manhattan bar.

The audience member, Zoe Stuckless, who confronted the accused rapist was escorted out of the show moments later.

It happened at Downtime bar on the Lower East Side on Wednesday night.

The passionate confrontation came after comedian Kelly Bachman mentioned Weinstein's presence during her act, when she spotted him before going on stage.

"I said, 'Is that Harvey Weinstein? Like are you serious right now, is this Harvey Weinstein in this show that I'm about to perform on?'" Bachman said. "It felt like the air had been sucked out of the room, I felt triggered, I felt panicked, I felt traumatized."

The former Hollywood mogul, who is currently facing sex assault and rape charges, did not leave.