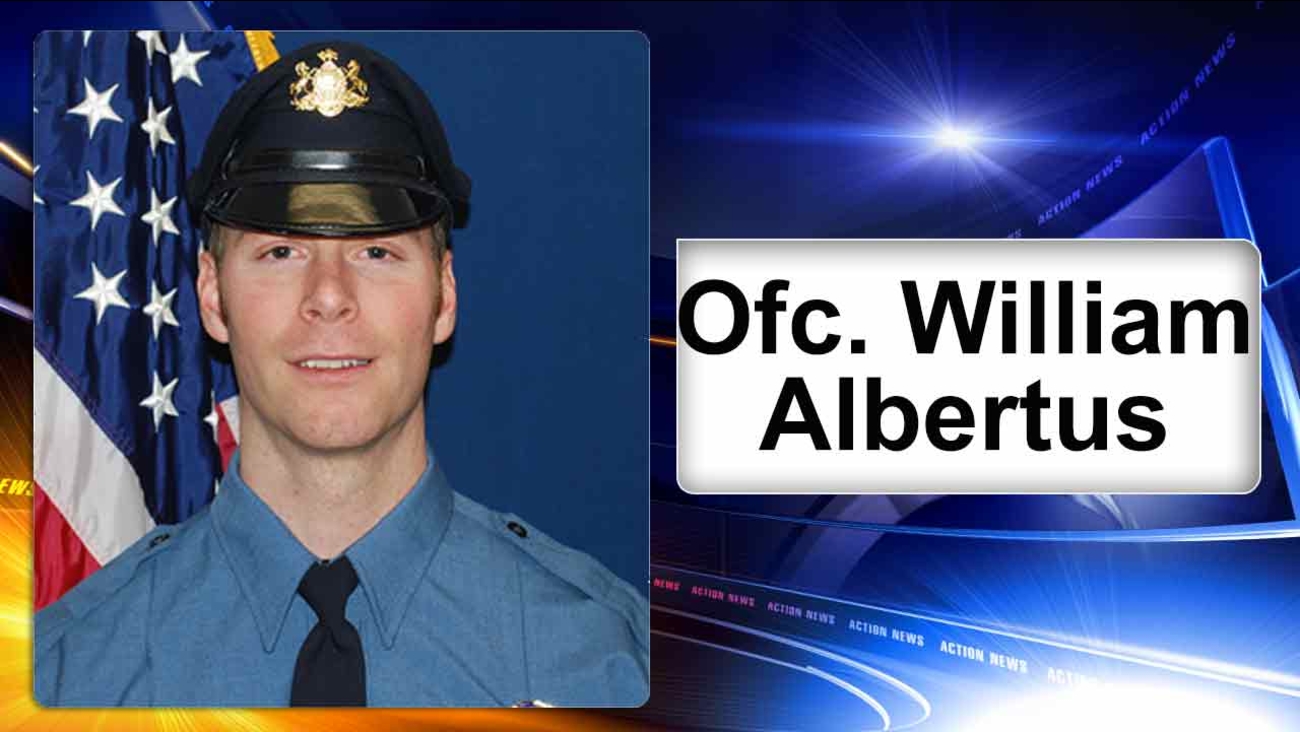 HAVERFORD TWP., Pa. (WPVI) -- A seven-year veteran of the Haverford Township Police Department has died after a sudden illness.

It is with deep regret that HTPD announces the death of active Officer William Albertus, a 7 year veteran of the Haverford Twp Police Force.

He leaves behind a wife and three children.

Officials have not released any further information on the illness.

The police department says a viewing will take place on Friday from 5 p.m. to 9 p.m. at St. John Chrysostom Catholic Church located at 617 S. Providence Road in Wallingford.

A second viewing will take place on Saturday from 9:30 a.m. to 10:30 a.m. with the funeral mass following at 11 a.m. at St. John Chrysostom Catholic Church.

Many including fellow police departments around the region have taken to social media to express their condolences.

We are saddened by the loss of our brother in @HaverfordPD. He was a friend to our officers. God bless the Albertus family.

Our thoughts and prayers are w/ the family of P/O Albertus and with his extended family @HaverfordPD. Such a tragedy and way to young! RIP

Our Thoughts and prayers to @HaverfordPD and the family of Officer William Albertus.