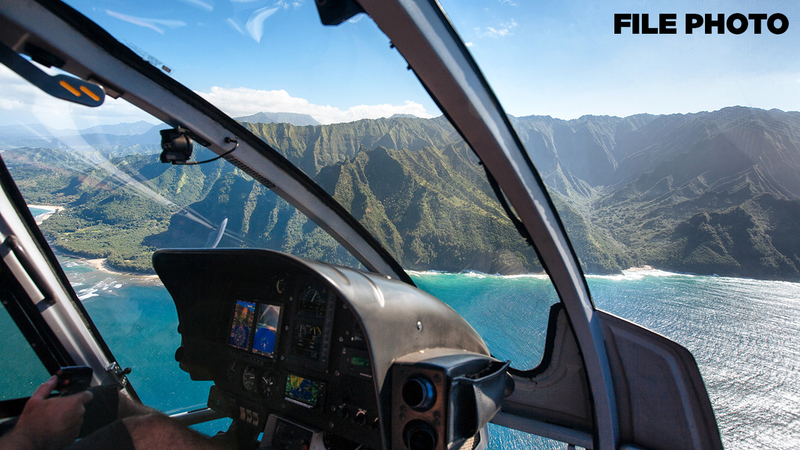 A federal investigation team continues to search for answers after a fatal helicopter crash killed all seven onboard off the coast of Hawaii.

The sightseeing helicopter was flying just over a mile inland near Kauai's Na Pali Coast when it struck a cliff wall and plummeted.

The crash killed the pilot, a family of four from Switzerland, along with 47-year-old Amy Gannon, of Wisconsin, and her 13-year-old daughter Jocelyn Gannon.

The tourism company, Safari Helicopters, said it is "fully cooperating with the NTSB and the FAA." The company said the chopper's pilot, 69-year-old Paul Matero, had 12 years of flying experience.

Kauai is known for breathtaking views, featured in movies like "Jurassic Park" and "The Pirates of the Caribbean," and countless tourists flock to Hawaii to see the vistas in person.

Yet this latest crash has people questioning the safety of helicopter tours, including U.S. Rep. Ed Case.

"Tour helicopter and small aircraft operations are not safe, and innocent lives are paying the price," he tweeted.

"Tour helicopter and small aircraft operations are not safe, and innocent lives are paying the price." See my full statement: https://t.co/FYyVqHoRx8

Since 2015, there have been 18 civilian helicopter crashes in Hawaii, according to the NTSB.

And according to U.S. Helicopter Safety Team, fatalities from American helicopter deaths jumped 20% from 2017 to 2018.

Col. Steve Ganyard, a retired Colonel in the United States Marine Corps and ABC News contributor, said these tourist helicopters may not be held to the highest maintenance standards or have the best pilots.

"Do they have a good reputation? Do the helicopters look new and well taken care of? These are some things they can do to take care of themselves and hopefully prevent these kinds of mishaps," he said.

The FAA, however, said it conducts regular surveillance on all Hawaii air tour operators and ensures companies address any issues, agency spokesman Ian Gregor said in an email. He said the FAA does not have concerns about the industry statewide.