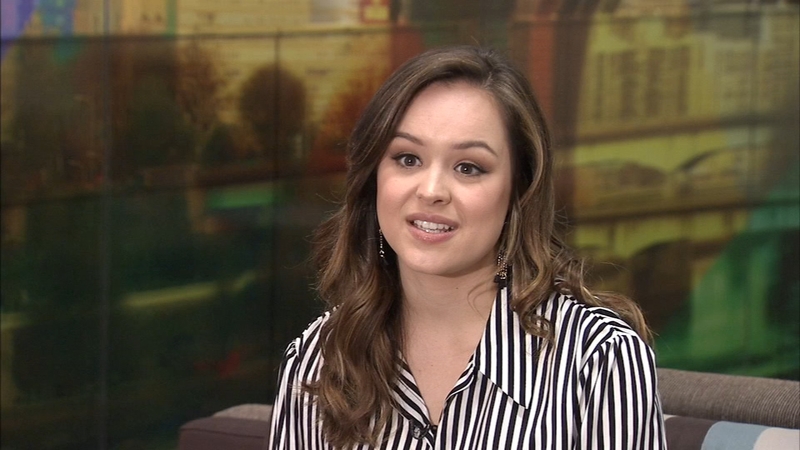 JENKINTOWN, Pa. (WPVI) -- One of the stars of the hit sitcom "The Goldbergs," Hayley Orrantia, is in town for her second passion - singing - gearing up for a show Thursday night in Delaware.

But first, she took her first ever visit to Jenkintown, the real-life setting of the show based on a real-life local family in the 80s.

"I live it every week now - clothing, hairstyles, the music. It's fun to live in the 80s most of the time," she said.

The ABC sitcom, which just finished taping its 5th season, is based on creator Adam Goldberg's life in Jenkintown, Montgomery County.

"There's a little bit of pressure there - I can't lie. For me, not so much because my character is based on Eric and not Erica, but we keep it fun. We have met the whole family - they are so supportive. I think there are a few episodes where Barry doesn't like necessarily how he's portrayed which is hilarious," she said.

Orrantia is in town ahead of her concert Thursday night at The Queen in Wilmington, Delaware.

It's all part of her Strong, Sweet and Southern tour, named for her single.

But there's another reason why this trip is a pretty big deal.

"I am very happy I have never been to Philly - ever!" she admits.

So she grabbed a hoagie at Wawa and paid a visit to Kremp's florist in Jenkintown, which was a huge part of Adam's childhood and has been featured on the show.

"I'm excited because once I get to soak in all the Jenkintown goodness, I will get to go tell everyone about it because I don't think the other cast members have ever gotten to visit before," said Orrantia.

If you plan to head to Hayley Orrantia's concert Thursday night and have Jenkintown listed on your ID - you can get two for 1 tickets!

You can also watch the Goldbergs Wednesdays at 8pm on 6abc.