Adam Oakes was told to drink a bottle of whiskey and later passed out on a couch. He was found dead the next morning.
AP 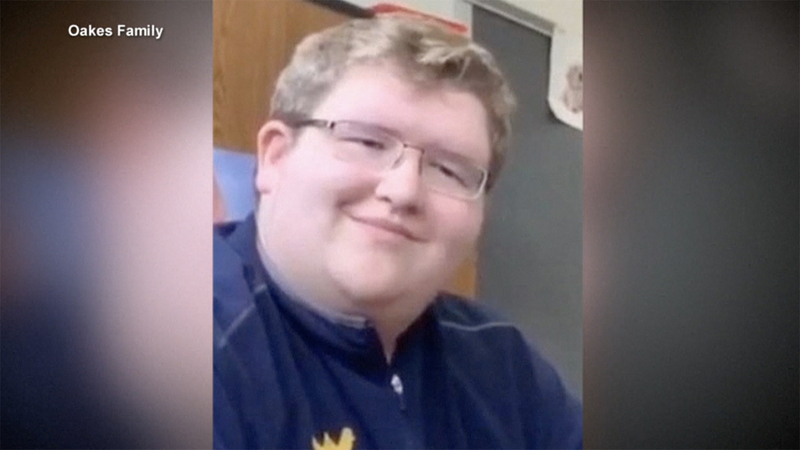 RICHMOND, Va. -- Eight Virginia Commonwealth University students have been charged with hazing in a fraternity pledge's death from alcohol poisoning after a party earlier this year, officials said Friday.

The eight men arrested Friday range in age from 19 to 22, police said. All are charged with unlawful hazing of a student and four are also charged with buying and giving alcohol to a minor. Seven were held without bond at the Richmond Justice Center. The eighth was arrested in Prince William County and released on bond. Three others who were indicted are expected to surrender in the coming days, police said.

The university confirmed that all eight were students and all but one were enrolled this semester. The student code of conduct allows for sanctions up to and including expulsion, the university said in a statement, but it can't share potential disciplinary information, if any, about specific students.

The indictments come nearly seven months after 19-year-old Adam Oakes of Loudoun County died. The office of the chief medical examiner ruled that his death was caused by alcohol poisoning.

Oakes had received a bid to the Delta Chi fraternity and attended a party where he would receive his "big brother" the night before his death. Oakes was told to drink a large bottle of whiskey and later passed out on a couch at an off-campus residence, his family said. He was found dead the next morning.

Last month, the university announced that it would ban alcohol at fraternity and sorority events, publish misconduct instances online and pause new member recruitment. On the same day, two investigations of university Greek life on campus were released, finding that there are concerns about hazing and binge drinking at the university and staff has struggled to address them.

"VCU continues to mourn the tragic death of Adam Oakes and is grateful to the Richmond Police Department for its investigation," the university said in a statement. "VCU is dedicated to continuing its efforts, announced this summer, to promote a safe and welcoming fraternity and sorority life culture for all."

"We are grateful for some measure of justice these charges and arrests may produce, as well as the protection from hazing they may give young, impressionable college students," the statement read. "The past seven months have been agonizing for our family. This is the first time these young men have been held accountable for their historically toxic and destructive traditions, manipulation of the VCU disciplinary systems, and for Adam's death."

The fraternity's national office said in a statement that it was aware that former members of the indefinitely suspended chapter had been arrested.