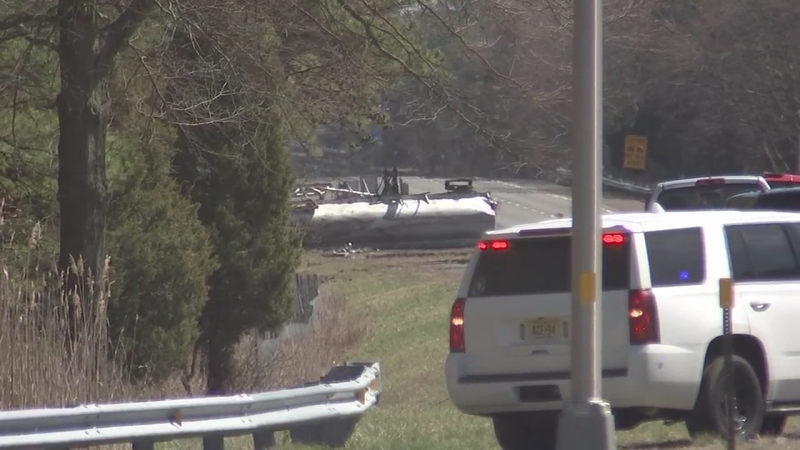 HAMILTON TWP., N.J. (WPVI) -- It's been a long night for drivers heading eastbound on the Atlantic City Expressway.

Their trips were rerouted and they had to find their way around a gasoline tanker that flipped over on the eastbound lanes around 1 p.m. Sunday.

It happened near the Hamilton Township exit.

Officials say the spill is serious.

Hazmat crews had to called in.

That's left neighbors around here to wonder if they should be worried.

According to the New Jersey State Police, 7,000 gallons of gasoline spilled out of the tanker before the leak was stopped.

Troopers say for an unknown reason, the driver of the tanker lost control and turned over.

And since then the expressway eastbound has been closed.

And that meant a lot of drivers who weren't familiar with the area had to ask for help.

At the time of this report, crews said they were set to partially open eastbound lanes to traffic.

All lanes are expected to reopen overnight.

Crews say it will take two more days of work to completely clean up the gas spill.