WPVI
HOUSTON, Texas (WPVI) -- The daughter of a fallen Harris County sheriff's deputy received some special support from her law enforcement family during her first day of second grade on Monday morning.

About a dozen deputies showed up to take Zivah Diaz to class at The Kipling School off Shepherd.

HCSO deputies giving an escort to Zivah Diaz whose dad, Deputy Omar Diaz, passed away at a crime scene in July. It’s her first day of 2nd grade. pic.twitter.com/bBHLQAHMVM

Zivah's father was deputy Omar Diaz, who died shortly after responding to a call in which a woman was found stabbed 10 times inside a home on Stone Pine Lane near Blazey Drive in northwest Harris County last month.

Diaz was sent to a hospital, where Gonzalez said doctors were unable to keep him alive.

The daughter of a deputy who died while responding to a crime scene was escorted by deputies to her first day of second grade.

Diaz was a dedicated father who spent a lot of time at Zivah's school. His death was a huge loss for his family, which is why his fellow deputies stepped up to make this day one his daughter would never forget.

Zivah's mom and her grandparents were also there to make sure she made it to school on time.

She then passed through a long line of deputies, pausing to hug each one and give them a pin, which has her father's face on it.

"I'm not much of a crier, but I almost lost it. She is a beautiful child, a loving child and her heart was into it," said HCSO Chief Tim Navarre.

Every child at The Kipling School gets a back to school photo. Zivah's was a little more crowded than most.

"Getting her pictures taken in there and then walking her to class will be something she will remember forever, so very special," said Natalie Lange with the school.

Deputies say this is just one of many days they will be there for Zivah now that Diaz cannot.

"I know that he would be proud of all of us coming for him in his place today," said Lisa Lipsanen with the Cy-Fair Fire Department.

Lipsanen was an EMT who was there the day Diaz died. She helped organize the escort, explaining that there have been tough days for Zivah and her family since Diaz passed, but this day was different.

"She had the biggest smile on her face, so it was wonderful to see that smile," said Lipsanen.

Deputy Omar Diaz served his community with honor & distinction. The entire Harris County Sheriff’s Office family is grieved by the tragic loss of our brother. Diaz leaves behind a wife and daughter. Please keep them in your prayers. #HouNewe #lesm pic.twitter.com/OpFrnyrzjb

"Deputy Diaz served his community with honor and distinction," said Gonzalez at the time of DIaz's death. "The entire Harris County Sheriff's Office family is grieved by the tragic loss of our brother." 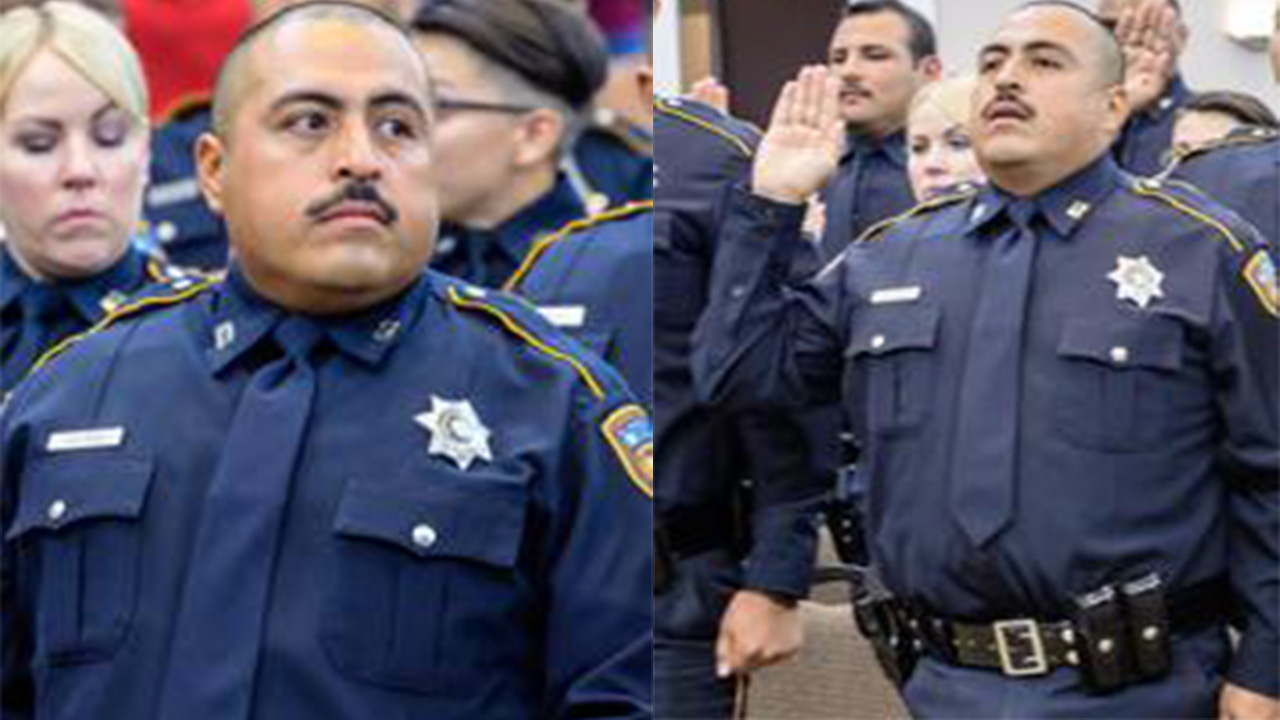 Diaz began his career at the Harris County Sheriff's Office as a detention officer in 2009.

He graduated from the Sheriff's Office basic peace officer's course in August of 2018.

Diaz was most recently assigned to patrol in the Crossroads Park subdivision in northwest Harris County.

Authorities say his cause of death will be determined by the Harris County Institute of Forensic Science.

It is with great sadness that we must report the passing of our deputy. He was out on a stabbing scene this morning when he experienced a medical emergency. He was taken to Northwest Hospital but doctors were unable to revive him. Please keep him and his family in your prayers. pic.twitter.com/RncU2qYOVz

The deputy was responding to a scene where a woman was found stabbed 10 times when he collapsed while hanging crime scene tape.