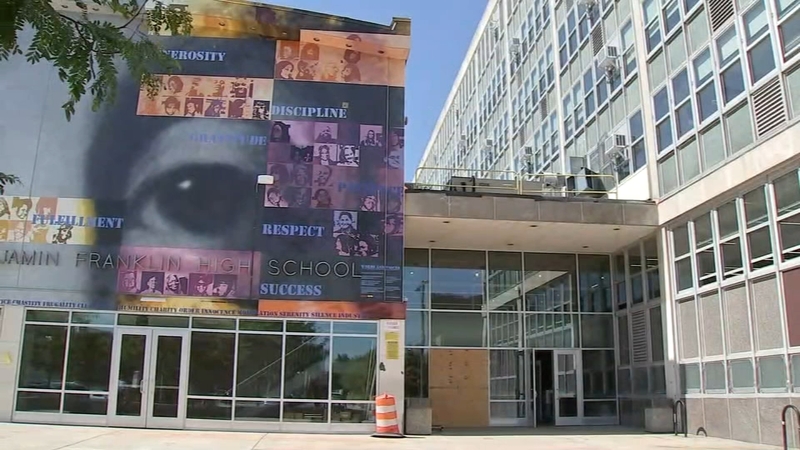 SPRING GARDEN (WPVI) -- A $37 million dollar construction project to bring two Philadelphia schools under one roof has been halted due to health and safety concerns.

The project was supposed to be completed in July, weeks before the start of school year but that didn't happen.

Dumpsters, fences and boarded-up windows are all signs of incomplete construction outside Benjamin Franklin High and Science Leadership Academy.

The multi-million dollar project to conjoin schools is now halted. The school district says "based on concerns expressed by faculty and parents and our staff's daily visits to the building."

"They called and said this is terrible, we cant work like this." said Jerry Jordan, President of the Philadelphia Federation of Teachers.

Jordan says the delayed and ongoing construction was unhealthy and unfair to students and staff.

"The dust and dirt created as a result of construction site, really has been very challenging for them. They were doing repairs on the roof and the fumes caused students and staff to become ill," he said.

"Those particles, the way our breathing system is set up collect in the upper respiratory and so it can be an irritant for children or people who have other respiratory problems, can kick off symptoms in a bad way," he said.