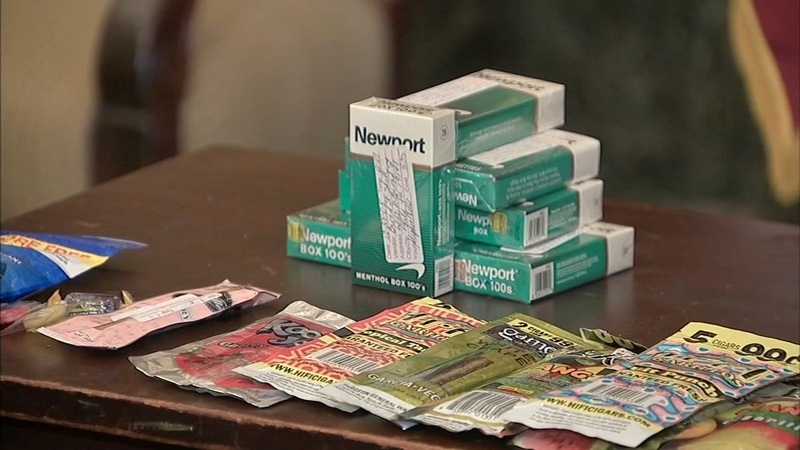 More big moves from the FDA Thursday aimed at keeping e-cigarettes out of the hands of teenagers.

And it comes just as alarming new figures show just how bad the problem is.

The FDA has called vaping by teens an "epidemic."

And it's up 48-percent among middle-schoolers.

So the agency wants stores to only sell e-cigarette flavors in restricted areas off-limits to teens.

Studies show flavors are a big reason kids start using e-cigarettes and they increase the likelihood they'll move on to smoking conventional cigarettes.

The FDA isn't banning menthol from e-cigarettes but wants to ban it from tobacco cigarettes.

More than half of teen smokers use them, and they're popular in minority communities.

The agency also wants to ban flavors from cigars -those are the little cigarillos that are also popular with teens.

The new regulations come at a good time because today is the Great American Smokeout.

The American Cancer Society created it to encourage smokers to quit.

If you're thinking about it, make an appointment with your health care provider to explore your options.

There are medications, patches, and behavioral therapy, however, everyone responds differently.

One study found that switching to low-nicotine cigarettes was one key to success.

Dr. Humberto Choi/Cleveland Clinic said, "The participants that had the cigarettes with the very low amount of nicotine had a lot less exposure to the toxins of the cigarettes, and they also tended to smoke less and they actually tended to quit more often."

And of course, the goal is to wean down to no tobacco that will give you the best health outcomes.

If you go cold turkey, talk to your doctor about how to manage withdrawal symptoms.

And we know quitting smoking isn't easy. The average person attempts to quit about 8 to 11 times, but if you keep trying, you will eventually kick the habit. Having a plan and asking for help can also improve your chances.