A grandfather in Ohio celebrates the perfect gift - the gift of life.

Donor's gift enables him opportunity to be doting granddad
WPVI 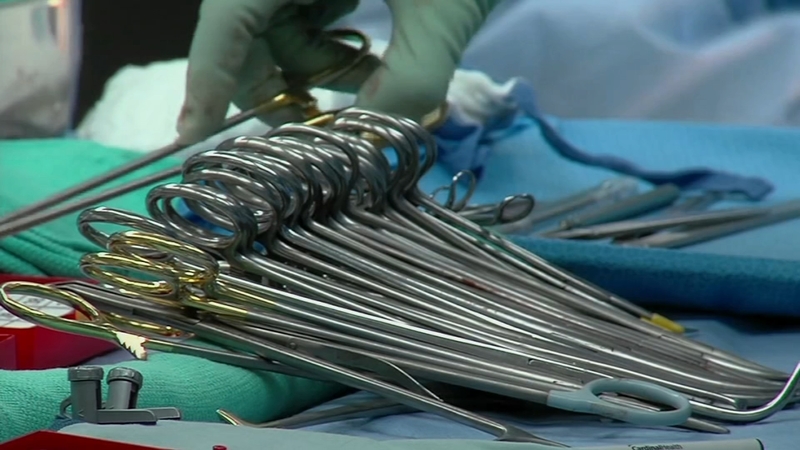 CLEVELAND, Ohio (WPVI) -- For many people, waiting for an organ transplant can be excruciating. A man in Ohio was waiting for TWO organs.

He got them just in time. And his family is forever grateful to his donor.

It's the happiest tune 60-year-old Robert Fealy has ever sung...

"I was in intensive care when I did that," Robert remarked.

"He received what we call a dual organ transplant. He received a double lung and a liver at the same time from the same donor and this is a very difficult transplant to do because you have to get the organs, again for the same donor," said Dr. Marie Budev of the Cleveland Clinic.

After a twelve hour operation, Robert woke up with new lungs and a liver, on a very special day.

"It was our 38th wedding anniversary. So you know the best gift that could have ever gotten from anyone was the gift of life from a donor," says Robert's wife Jeanne, with a broad smile.

Robert had spent last Christmas in the hospital.

He wasn't sure he'd live to see another.

But thanks to a priceless gift, he's singing a different tune this year- Christmas Carols with his grandkids.

"One of the most important things in his life was that he could be a grandfather and now he has that opportunity," continued Jeanne.

"To me, that's what it's all about. We're going over and watching the kids open their presents, I can't wait. I'll be like the biggest kid there," Robert said with a laugh.

Robert also recently underwent heart surgery. He is getting stronger every day.

There are more than one-hundred-thousand people waiting for life-saving organs.