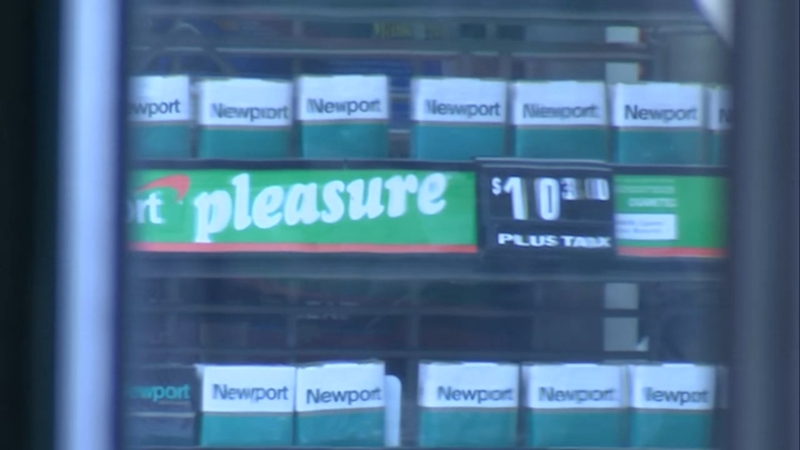 CENTER CITY (WPVI) -- Philadelphia is cracking down on businesses caught repeatedly selling tobacco products to kids. In fact, 149 of them have now lost their permits to sell all tobacco products.

This is the first big action taken stemming from a 2017 law saying that any Philadelphia business selling tobacco to teens three or more times in two years would lose their license.

The health department says all stores were caught during compliance checks, where teens ask to buy tobacco.

Twenty-five to 35% of the time, they're successful.

So violators get a ticket and education about the law.

But city officials say some stores do it over and over again, like a deli on Allegheny Avenue, which had seven violations.

"The stores that are selling repeatedly to kids are heavily concentrated in low-income, minority neighborhoods. Kids that have many other problems to deal with. We don't think they should also be marketed to with the number one killer in Philadelphia," Dr. Farley told Action News.

Lynette Knox of North Philadelphia lives nearby. She says, "Any store who does that to kids should lose their license. It's really sick it's not fair."

"Greed. Nobody wants to be fair or wants to really work within the laws of the land. You gotta stop that no matter who it hurts," said Maurice Johnson.

Most violators are small stores, but a surprising number are big-name gas stations or retailers.