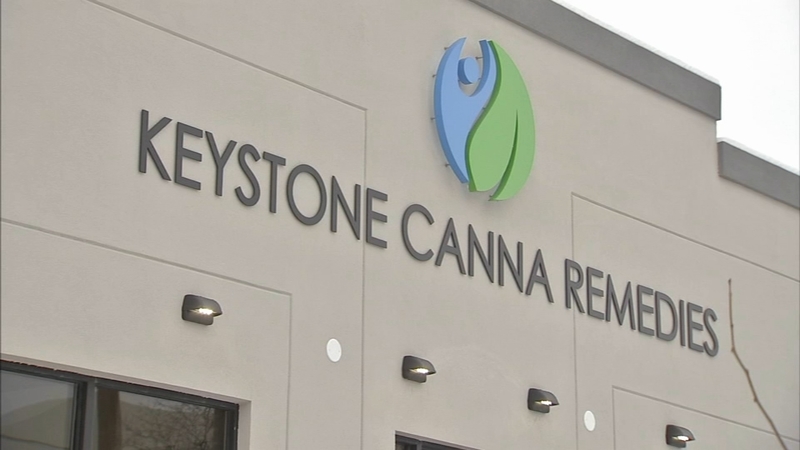 One customer is former Flyer Riley Cote, who says his body took a real beating during his eight years playing professional hockey. He says he has found nothing helps to manage his chronic pain quite like medical marijuana.

"I have discovered cannabis to be the alternative to distractive opioids and alcohol that most of the guys to come to because of traditional medical protocols currently in place. So, medical cannabis has been a Godsend for me," Cote said.

Dr. Rachel Levine, Pennsylvania's acting secretary of health, was on hand for the ribbon-cutting. She says this facility will stand as an important part of Governor Wolf's legacy.

"Governor Wolf worked in bipartisan fashion with the legislature," she said, "and our team at the department of health has been working day and night to get medical marijuana into the hands of people who need it."

But not everyone is celebrating the dispensary's opening here in Bethlehem. Many people who live nearby say local officials did a poor job of notifying them about the plan to open the facility here on Stefko Boulevard.

"I was never contacted to see if we as neighbors ever approved of anything if something like that moving in. I'm not happy with it. We have a pretty safe neighborhood. There is been a little bit of crime here but now I'm concerned," said Linda Schultz.

Officials from the dispensary say it will not take long for the community to realize that this is no different than opening a pharmacy or a medical practice.

"Take the opportunity to educate yourself on what does exist currently. The literature, the anecdotal evidence, which is overwhelming. Cannabis, marijuana, is medicine," said Bradley Carlson, the Pharmacy Director of Keystone Canna Remedies