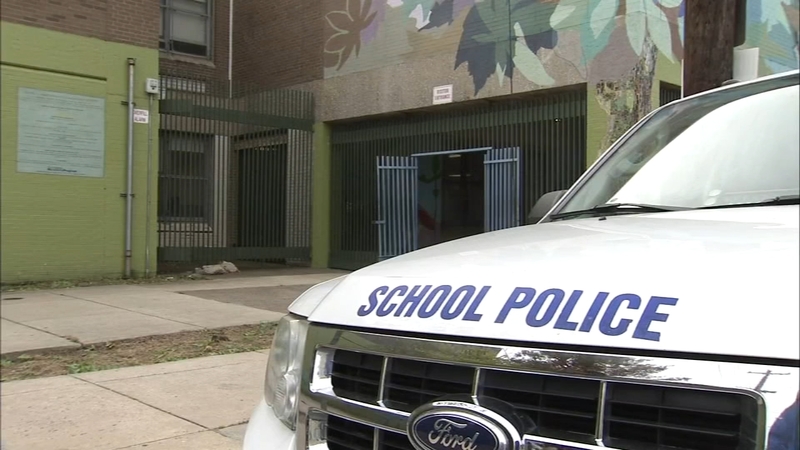 NORTH PHILADELPHIA (WPVI) -- Authorities are trying to figure out what exactly killed a little boy at his elementary school on Friday.

Officials say the third-grader collapsed in between classes, and never regained consciousness.

It happened at the John F. Hartranft School, located on the 700 block of W. Cumberland Street in North Philadelphia.

For young Samir Dowd Wallace it was a rough day at school. One of his best friends passed away unexpectedly during the school day.

"I mean, he was a good student. I just sat there and cried 'cause he was one of my best friends," said Wallace.

Wallace says the horrible incident happened as classes were changing.

"He became sick and as he was about to transition to another class. He had fell out, so the ambulance came," he said.

School district spokeswoman Megan Lello says the student collapsed and was unable to be revived.

"It's just really unfortunate what happened today. We're all just very, very sorry to the student's family and the Hartranft community," Lello said.

At this point, Lello wouldn't say if the child had a known condition that could have led to his death.

She also adds the nurse on staff was not there on Friday.

"But when it became clear that the student needed help, a staff member who was trained in CPR administered aid as quickly as humanly possible," Lello said.

And according to at least one parent we spoke to, a nurse not being present at the school has been an ongoing issue.

He says his daughter is diabetic and he has had to do emergency runs to the school to administer insulin because no one on staff has been able to.

"Maybe if they sent one, the nurse could have saved that little boy," he said.

So far, there is no word on the deceased student's identity.