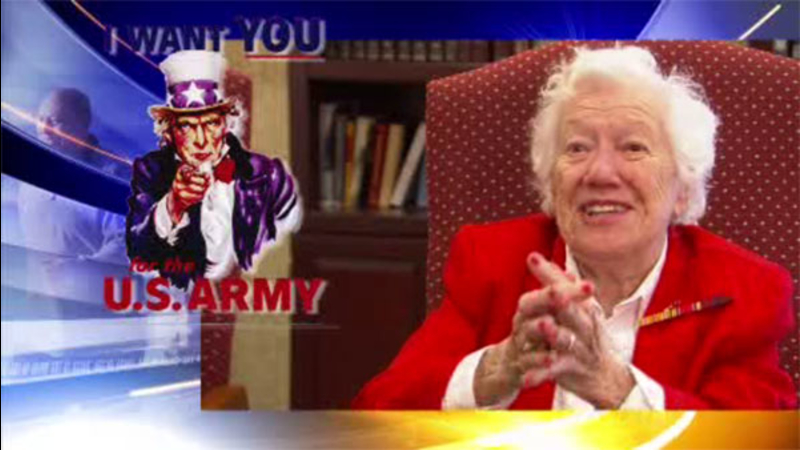 One woman made history when she joined the Marines back in World War II.

Ninety-four-year-old Annette Nichols was working at the Philadelphia Navy Yard in 1942 when a walk up North Broad Street changed her life.

She said, "I saw this big picture of Uncle Sam and it said "Want You! We Need You!" And I said 'okay Unc, I'm coming in!"

Nichols was stationed at Pearl Harbor, and assigned to the motor transport pool.

"Generals or anybody that needed, and I had a jeep," said Nichols.

Driving around the island, she saw lots of war damage, but says she and the members of her platoon had no fear.

"We were so energetic, it's unbelievable. Young and didn't worry about a thing," she said.

In fact, some of her fondest memories are of playing for the Marine Corps softball team in the midst of war.

"I played first base. But I remember the day I hit a home run. I was so happy," laughs Nichols.

When the war ended, she left the service and met another Marine who was in it for life.

"He was on a thirty day leave, so we started dating, never thinking we were going to get married," Nichols laughs.

Seven decades later, she's still proud of the medals she earned, but her service is something she's rarely talked about.

Her daughter, Jeanette White, said "I never knew that she was a Marine until I got a little older, cause it was always my father the Marine."

For Annette Nichols, service to country is ingrained. Her father was an Army Sergeant in the First World War. Both of her brothers joined the military, and so did her son.

"It's a great experience though," said Nichols.

Her daughter added, "Getting to know her Marine background over the past few years has been...I'm really proud of her."