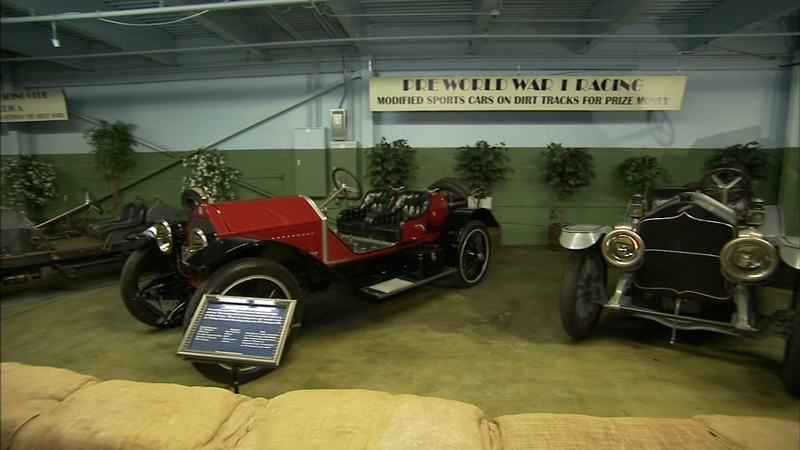 PHILADELPHIA (WPVI) -- The Philadelphia Auto Show is underway and while it's a great chance to see all that's new, you can also learn the history of cars.

We introduce you to a North Philadelphia man who has amassed one of the world's best collections of classic sports cars.

Growing up in Kensington in the 1950s, Dr. Frederick Simeone developed a love of cars from his father, Anthony.

"I absorbed it from him. He made it seem so important," he said.

His father instilled a passion for cars, as well as medicine. Fred worked as a neurosurgeon for almost 50 years.

"He was a general practitioner. We would do house calls and then we would go to junkyards," said Fred.

Fred's hobby of searching junkyards parlayed into an unmatched collection of 70 sports racing cars. He opened the Simeone Foundation Automotive Museum in 2008.

"I started collecting in the seventies when these cars were affordable," he said. "They still weren't icons like they are now."

The collection, on display in Southwest Philadelphia, has earned worldwide recognition.

"Annually the academy awards for car history is given in London and we won it twice," said Fred.

Does he have a favorite?

"That beautiful red Alfa. Aesthetically they are beautiful. They demonstrate that competition makes everything better," he said.

In creating the foundation, Dr. Simeone turned his passion into a purpose for his retirement years. You'll find him working in the museum library 6 days a week, up to 12 hours a day.

"Preservation of important cars was the main underlying mission," he said.

It's a legacy he hopes to pass on to the next generation.

"I donated these cars to a foundation so they would be here forever," he said.