One Berks County couple has dedicated their lives to bringing environmental issues into the spotlight through the power of film.

John Hoskyns-Abrahall and Winnie Scherrer met in grad school at Penn in the fall of 1969 and the following spring, they attended the very first Earth Day event in Philadelphia.

"It was a celebration. In spite of the Vietnam War and all of those things," said John.

"I think we were part of the '60s youth trying to change the world, trying to fix it," said Winnie.

John spent the week leading up to the historic event capturing footage.

"So there's shots, there are interviews in the local communities around Philadelphia," he said. "And lots and lots of people came to town like Allen Ginsberg."

The films are widely distributed to educational institutions, but now streaming is available to everyone.

"A year ago, we set up something called ovid.tv" said Winnie.

When the COVID-19 crisis hit, their son, Alex Hoskyns-Abrahall, made a digital platform accessible so people can host community film screenings virtually.

"We're really trying to recreate the in-person event," he said.

And now, for the 50th anniversary of Earth Day, they're releasing two documentaries from that footage captured half a century ago.

"Circuit Earth" shows how Philadelphians felt about the environment. The other is called "Walking on Water Wasn't Built in a Day."

Though times have changed in the last half century, the couple hopes their life's work inspires others to try and change the world.

"Focus on being true to yourself and putting out the message that you think is important," said John.
Report a correction or typo
Related topics:
health & fitnessreadingberks countyenvironmenthealthearth daymovieseniorsart of aging
Copyright © 2020 WPVI-TV. All Rights Reserved.
More Videos
From CNN Newsource affiliates
TOP STORIES 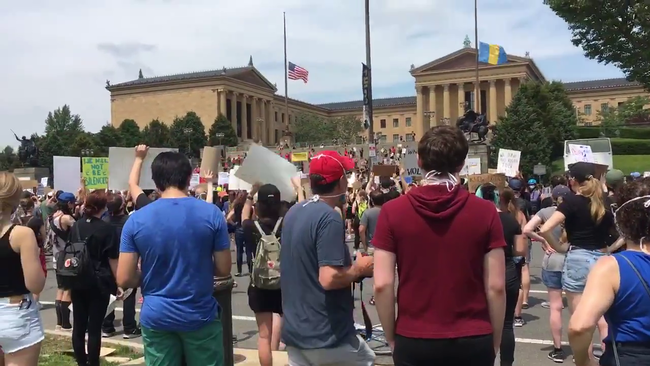