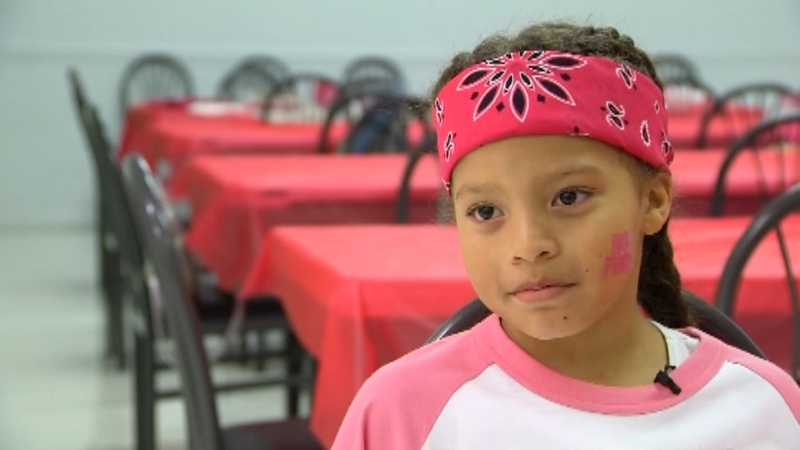 NASHVILLE, Tennessee (WPVI) -- A young boy in Tennessee is going out of his way to help his aunt, who is fighting breast cancer.

WSMV-TV reports, 10-year-old Breylen Wilson grew out his hair, just so he could cut it all off and donate it.

"He and I have always just had a particular bond. He calls me Aunt Pudding," Jessie said.

Breylen knew there must be something he could do for his Aunt Pudding.

"It's important they know you still love them, no matter how hard their disease is or sickness," Breylen said. "I said 'Aunt Pudding, I'm going to cut my hair off for you.'"

Breylen is sending off his hair to be made into a wig for his aunt.

"The love I have for that little kid is just out of this world to say the least. He's a great kid there should be more of him," Jessie said.

Breylen says he now plans to cut his hair again every two years to help other cancer patients.