CDC: New diabetes cases in US adults are dropping 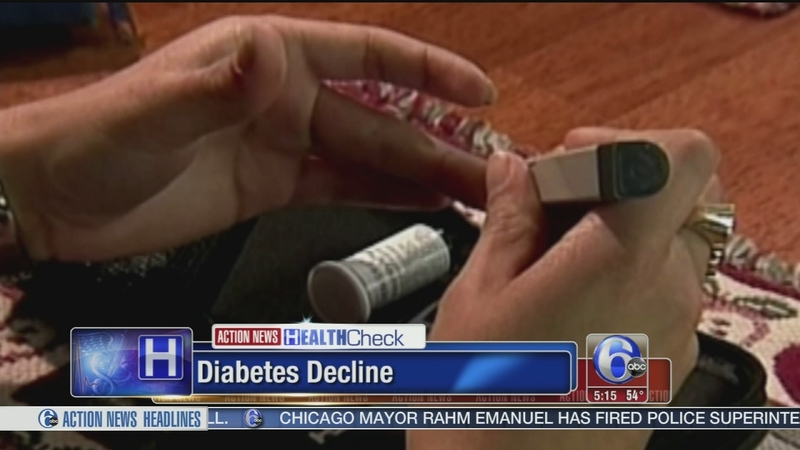 VIDEO: CDC: New diabetes cases in US adults are dropping

NEW YORK -- Fewer cases of diabetes are being diagnosed in U.S. adults, according to startling new federal statistics released Tuesday.

Diabetes had been climbing for decades, driven by surging obesity rates. In 2009, the number of new cases reached 1.7 million. By last year, it had dropped to 1.4 million.

"After so many years of seeing increases, it is surprising," said Edward Gregg, a diabetes expert who has been tracking the numbers at the Centers for Disease Control and Prevention.

In recent years, the number of new cases seemed to be leveling off or even going down. But researchers wanted to see a few more years of data before declaring an improvement, he said.

The figures from the last two years confirm a significant drop, Gregg said.

The biggest declines in new diabetes case rates were in men, white people, young and middle-aged adults, and in people with more than a high school education. But there have not been substantial declines in other groups, like the elderly and minorities.

The data comes from a large national survey conducted by the government every year.

"This is a little bit of a dip and that's encouraging," said Dr. Robert Gabbay, the chief medical officer at Boston's Joslin Diabetes Center. "But we probably don't want to say we've won the battle and everyone go home."

There are still 1.4 million new adult cases of diabetes each year, he noted. Overall, there are about 22 million Americans with diabetes.

Why the number of new cases is falling isn't clear, the CDC's Gregg said.

Officials would like to think it's the result of a push to get people to exercise more and cut back on how many sugary foods and drinks they consume.

"This is what's supposed to happen when you put a lot of effort into prevention over the years," said Gregg, who is presenting the new data at a diabetes conference in Vancouver on Wednesday.

The decline was first reported by The New York Times.

For decades, U.S. obesity and diabetes rates rose in tandem.

Some CDC data showed adult obesity rates leveled off about a decade ago, although a recent agency report indicated an increase to 38 percent of adults being obese in 2013-2014.