WPVI
COVID-19 does not discriminate: Celebrities, including Tom Hanks, and world leaders, like British prime minister Boris Johnson, have confirmed cases of the new coronavirus.

As the number of confirmed cases continues to rise around the world, these entertainers, politicians, personalities and more have all announced that they too have been infected:

Roy Horn: Roy Horn, one half of the famed entertainment duo Siegfried and Roy, has died. He was 75. The two were known for their extraordinary magic tricks that astonished millions until Horn was critically injured in 2003 by one of the act's famed white tigers. "Today, the world has lost one of the greats of magic, but I have lost my best friend," Siegfried Fischbacher said in the statement.

John Bessler: Minnesota Sen. Amy Klobuchar announced Monday that Bessler, her husband, has tested positive for the coronavirus. The former Democratic presidential candidate said in a statement that Bessler began feeling sick when she was in Minnesota and he was in Washington, D.C. and that he immediately quarantined himself. She said he sought a test and chest X-ray after he began coughing up blood, and was checked into a Virginia hospital with "very low oxygen levels, which really haven't improved."

My husband has coronavirus. I love him & not being able to be by his side is one of the hardest things about this disease. So many are going through this & much worse. I pray for him & you & meanwhile I will do all I can to get help to the American people.https://t.co/fqQU6tA29r pic.twitter.com/SjyfdQxe1R

Doris Burke: The ESPN NBA analyst has received a positive diagnosis for COVID-19 but says she is now symptom-free more than two weeks after her initial concerns of an illness.

Andy Cohen: The late-night host broke the news to his followers in an Instagram post on March 23, writing, "After a few days of self-quarantine, and not feeling great, I have tested positive for coronavirus. As much as I felt like I could push through whatever I was feeling to do #WWHL from home, we're putting a pin in that for now so I can focus on getting better."

Nick Cordero: The Broadway star will have his right leg amputated as a result of complications related to coronavirus. Cordero, 41, a Tony-nominated actor, initially went to the hospital in late March with what they thought was pneumonia, according to Kloots. He later tested positive for COVID-19 and was put in a medically induced coma to help his breathing.

Chris Cuomo: The CNN anchor tested positive and was quarantined in his basement, where he continued to work from home.

Tom Dempsey: Former NFL kicker Tom Dempsey has died at 73 from what his family described as complications from the new coronavirus. Dempsey was known for being the first to hit a field goal from 63 yards and for succeeding in pro sports despite being born without toes on the right foot with which he kicked. The 63-yard field goal stood as the longest in NFL history for 43 years until 2013. He played for in the NFL with New Orleans, Philadelphia, the Los Angeles Rams, Houston Oilers and Buffalo.

Kevin Durant: The former Warriors player was among four Brooklyn Nets players to test positive for novel coronavirus, his PR rep confirmed on March 17. The Nets did not name the players diagnosed with COVID-19 but said that only one of them was actually showing symptoms.

Idris Elba: The announced he has tested positive for coronavirus on March 16. He said he feels OK and is not showing symptoms so far, but he has been isolated ever since finding out he may have been exposed. He warned his followers to stay home and be pragmatic and said he will keep the public updated.

This morning I tested positive for Covid 19. I feel ok, I have no symptoms so far but have been isolated since I found out about my possible exposure to the virus. Stay home people and be pragmatic. I will keep you updated on how I’m doing 👊🏾👊🏾 No panic. pic.twitter.com/Lg7HVMZglZ

Tom Hanks and Rita Wilson: The married couple announced their diagnosis on social media on March 12, saying they were in isolation at a hospital in Australia.

Hanks had been in Queensland state shooting an untitled Elvis Presley biopic directed by Baz Luhrmann. Hanks plays Presley's manager, Colonel Tom Parker. The film, slated for release in October 2021, has suspended production, Warner Bros. said Wilson had performed in both Sydney and Brisbane in the days leading up their announcement.

Boris Johnson: British Prime Minister Boris Johnson said he tested positive for coronavirus. In a video posted to Twitter Friday, the conservative leader said he was tested after showing mild symptoms, including a cough.

Daniel Dae Kim: The "Lost" and "Hawaii Five-0" actor said March 19 that he has COVID-19, the disease caused by the novel coronavirus, and is recovering in self-isolation at his home in Hawaii.

Kim addressed the reported instances of violence and prejudice against Asian Americans, slamming them as "cowardly" and "heartbreaking."

Ellis Marsalis Jr.: The jazz musician and father of renowned musicians Branford and Wynton Marsalis died of complications from coronavirus on April 1, according to Branford. He was 85. "My dad was a giant of a musician and teacher, but an even greater father. He poured everything he had into making us the best of what we could be," Branford said in a statement posted online.

Rand Paul: The Kentucky senator announced on social media March 22 that he was in quarantine after testing positive for COVID-19. "He is asymptomatic and was tested out of an abundance of caution due to his extensive travel and events. He was not aware of any direct contact with any infected person," his office wrote in a tweet.

Senator Rand Paul has tested positive for COVID-19. He is feeling fine and is in quarantine. He is asymptomatic and was tested out of an abundance of caution due to his extensive travel and events. He was not aware of any direct contact with any infected person.

P!nk: The singer revealed Friday night that she has recovered from coronavirus and is donating $1 million to relief efforts. According to P!nk's Twitter account, she and her son began showing symptoms of COVID-19 about two weeks ago. She tested positive and spent the last couple of weeks sheltering at home.

Harvey Weinstein: The 68-year-old former film producer tested positive for the coronavirus at a state prison in New York while serving a 23-year sentence for rape and sexual assault, the head of the state correctional officers union said March 23.

Weinstein, who was hospitalized with heart issues in recent weeks, was diagnosed and quarantined just days after being transferred to the state's maximum-security Wende Correctional Facility near Buffalo.

Ali Wentworth: The comedian and actress said on April 1 she had tested positive for coronavirus. On Instagram she wrote: "I've never been sicker. High fever. Horrific body aches. Heavy chest. I'm quarantined from my family. This is pure misery. #stayhome."

Wentworth is married to ABC News anchor George Stephanopoulos. He said this week he is working from home after his wife began showing symptoms, but there has been no indication that he has become ill.

Colton Underwood: The former "Bachelor" announced his diagnosis in a Twitter video March 23, saying that the virus has greatly affected his health. He revealed that he's experiencing a slew of symptoms: "headache, body aches, night sweats, fever, shortness of breath and a cough." He added, "I get winded doing simple tasks like walking up the stairs, getting out of bed."

This virus doesn’t care how old or healthy you are. Please take care of yourselves and your loved ones and stay home. pic.twitter.com/pLe1Vge0HL

Utah Jazz players: Donovan Mitchell of the Utah Jazz confirmed March 12 that he tested positive for the coronavirus, saying that he is personally dealing with the pandemic that has temporarily shut down the NBA and other major sports leagues. Later, Jazz teammate Rudy Gobert - the first NBA player to test positive, which prompted the league to suspend the season - also confirmed his status and apologized. "I was careless and make no excuse," Gobert said in an Instagram post.

Mark Blum: Stage, movie and TV character actor Mark Blum has died from complications from the coronavirus. He was 69. Blum played Rosanna Arquette's husband in the 1985 comedy "Desperately Seeking Susan" and had a role in "Crocodile Dundee" as the newspaper editor. He was on the Amazon series "Mozart in the Jungle," HBO series "Succession," and the Netflix crime drama "You."

Patricia Bosworth: Patricia Bosworth, an actress who once starred alongside Audrey Hepburn and later wrote biographies on several stars including Marlon Brando and Montgomery Clift, has died due to the coronavirus. She was 86. Bosworth's stepdaughter, Fia Hatsav, told The New York Times that pneumonia brought on by the virus was the cause of death. Bosworth died on Thursday in New York. Bosworth played a nun opposite of Hepburn in the 1959 classic "The Nun's Story."

Floyd Cardoz: Chef Floyd Cardoz, who competed on "Top Chef," won "Top Chef Masters" and operated successful restaurants in both India and New York, died Wednesday of complications from the coronavirus, his company said in a statement. He was 59.

Joe Diffie: The 61-year-old country singer died after testing positive for COVID-19. The Grand Ole Opry member and Grammy winner is known for his hits in the '90s including, "Honky Tonk Attitude," "Prop Me Up Beside The Jukebox" and "John Deere Green."

Andrew Jack: Star Wars actor Andrew Jack has died in Britain as a result of the coronavirus, his agent said on Wednesday. He was 76.

John Prine: The country folk singer died after a "sudden onset of COVID-19 symptoms," his family said in a statement. The 73-year-old was a cancer survivor.

Adam Schlesinger: The Fountains of Wayne musician and "Crazy Ex-Girlfriend" songwriter died of complications related to coronavirus, a representative confirmed to ABC News. He was 52.

Note: In mid-March, a debate erupted over a perception that the wealthy and famous have been able to jump to the head of the line to get tested while others have been turned away or met with long delays. Click here for more.
Report a correction or typo
Related topics:
health & fitnesscelebrityhollywoodcoronaviruspolitics
Copyright © 2020 WPVI-TV. All Rights Reserved.
CORONAVIRUS

Trump says US to cut ties with WHO, sanction China 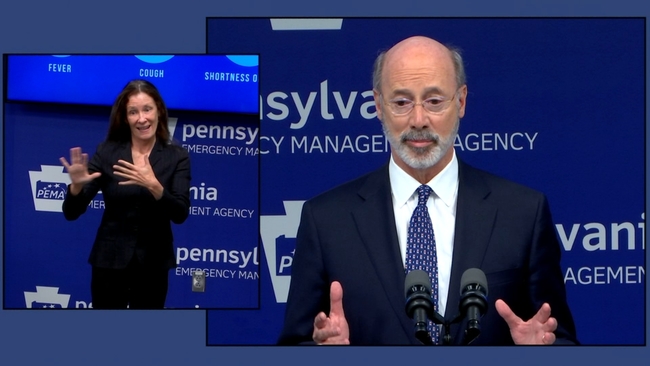 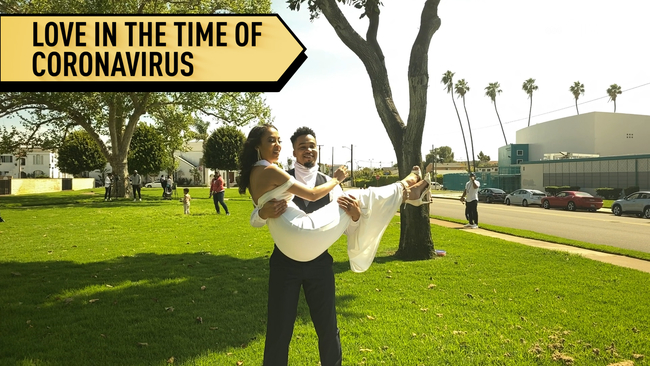 Summer vacation? Here's what you should plan for during the pandemic
More Videos
From CNN Newsource affiliates
TOP STORIES