It was one day after officials there reported the biggest daily increase in positive tests for the virus.

Fans at the Brushy Mountain State Penitentiary, where the concert was held, were packed together and seen singing along without masks.

The venue told ABC News the are now "re-evaluating the series from top to bottom (and) implementing further safety measures.

Those who have been infected with COVID-19 are speaking out about the dangers of the virus.

Fellow country star Kelsea Ballerini tweeted on Sunday in response: "Imagine being selfish enough to put thousands of people's health at risk, not to mention the potential ripple effect, and play a NORMAL country concert right now. @ChaseRiceMusic, We all want (and need) to tour. We just care about our fans and their families enough to wait."

The coronavirus is blamed for about 125,000 deaths and nearly 2.5 million confirmed infections nationwide, by Johns Hopkins' count. But health officials believe the true number of infections is about 10 times higher.

Worldwide, the virus has claimed close to a half-million lives.
Louisiana reported its second one-day spike of more than 1,300 cases this week.

The increasing numbers led Democratic Gov. John Bel Edwards to suspend further easing of restrictions. Republican Gov. Doug Ducey did the same in Arizona, where cases are topping 3,000 a day and 85% of hospital beds are occupied.

Employees of a Peninsula bar and restaurant are searching for a woman seen on surveillance video who coughed on a bartender who asked her to wear a face mask while inside amid the ongoing coronavirus pandemic.

But Republican Gov. Bill Lee has been reluctant to reinstate restrictions or call for a mask mandate in Tennessee.

In a reversal of fortune, New York said it is offering equipment and other help to Arizona, Texas and Florida, noting that other states came to its aid when it was in the throes of the deadliest outbreak in the nation this spring.

"We will never forget that graciousness, and we will repay it any way we can," Gov. Andrew Cuomo said. 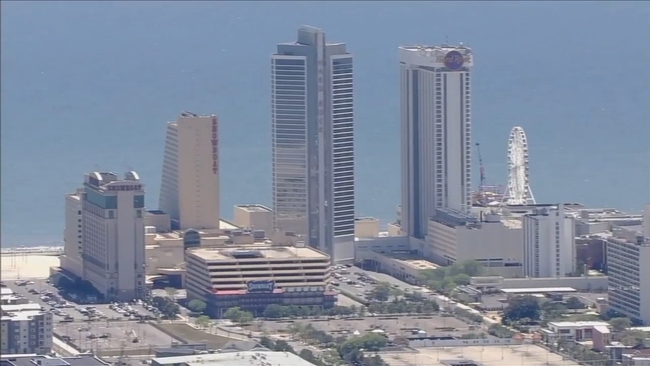