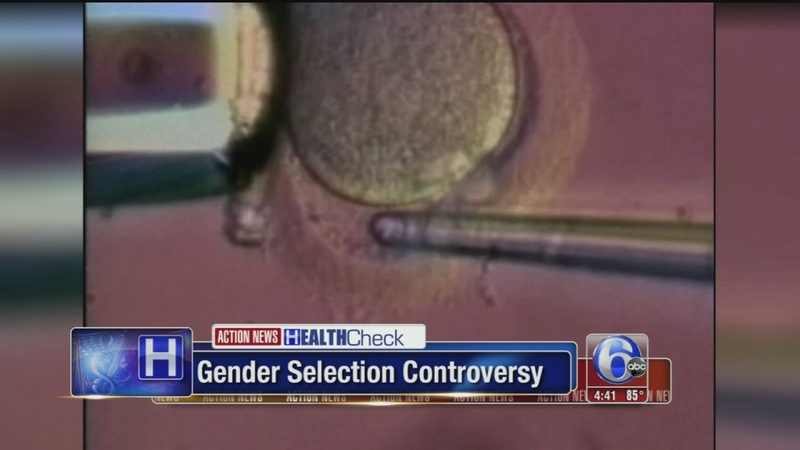 Others now do it to choose their baby's gender.

The U-S is one of the few countries allowing the controversial practice.

After embryos begin to grow, doctors test a tiny bit of tissue, to see if it's a boy or girl.

The couple can implant only the gender they choose.

The practice was originally used to screen embryos for devastating genetic diseases.

Some couples say it's to balance their families, but medical ethicists wonder if its discrimination.

A couple who wanted to be known as "Alex and Mary," said they learned of gender selection during their struggle with infertility.

"I thought since it's there and we have the option to do that, I would - we would - very much like a girl," said Mary.

Art Caplan, the director of medical ethics for New York University Medical Center, sees no reason to do embryo-screening for non-medical reasons.

"there's nothing diseased or disordered about either gender, so you're asking for something that's a preference," Caplan says.

"Are we going to have people pick traits of their kids down the road: height, eye color, strength, musical aptitude, sexual orientation?" he continues.

Some fertility centers say up to 90 per cent of their patients come for gender selection.