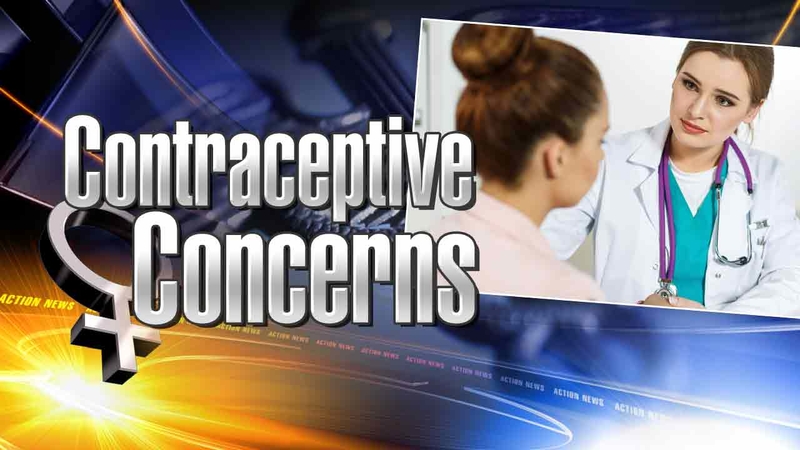 And he alleges the maker paid doctors kickbacks to recommend the device to patients.

Action News has been following developments on the Essure contraceptive coil since 2013.

Today, in a teleconference with reporters, Fitzpatrick said the trouble is far deeper than the FDA is revealing.

Fitzpatrick and patient advocates say twice as many women have filed complaints of pain, abdominal injuries and heavy bleeding as the FDA says.

The FDA issued an alert on the device last summer, citing 5,000 injury reports.

However, Fitzpatrick and leaders of the Essure Problems Facebook group say more than 10,000 injury reports were found in publicly available FDA data.

And they say data shows 303 ectopic pregnancies and fetal deaths among Essure users, while the FDA reports 5.

"The manufacturer was providing free marketing and advertising services to ob-gyns, they were encouraging them to use Essure on their patients, they were subsidizing that use, and making a lot of money in doing so," he says.

Fitzpatrick, who has introduced the E-Free Act bill to take Essure off the market, says he wants the FDA to be aware of this information before it issues a review of the device later this month.

Bayer, which bought Essure from Conceptus in 2013, says it's not aware of any deaths "directly related to Essure."

And it said the kickback complaints rest on "unfounded allegations, pertaining to the previous manufacturer of the device."

"The same allegations were made over a year ago, and were thoroughly investigated and rejected," continued a statement from Bayer.

Late today, the company said it was reviewing the data Fitzpatrick cited.

A spokesperson told Action News, "Ectopic pregnancies and blighted ovum are not considered fetal deaths and can occur for a multitude of reasons not related to Essure."

The FDA says Essure is a "high priority..." for the agency.

And officials there say they received Congressman Fitzpatrick's letter and information today.

They will review it and respond directly to him.

Rep. Fitzpatrick's letter to the FDA:

As you are aware, thousands of women have filed formal complaints to the Food and Drug Administration regarding the permanent contraceptive device Essure. These injured women have reported numerous symptoms related to this FDA-approved device, such as extreme pelvic pain, allergic and immunological reactions, heavy bleeding, unexplained weight gain, loss of teeth and hair, and broken coils migrating throughout their body and puncturing internal organs.

However, my office is in receipt of a review of adverse event reports related to Essure, conducted by women harmed by this device and an adverse event data expert. This independent report counts 303 fetal deaths. A copy of this report is enclosed.

In light of this immense discrepancy, I request that the FDA conduct a thorough review of this document and all of the adverse event reports received by those harmed by Essure as part of FDA's on-going review of this medical device.

Additionally, my office is in receipt of an unsealed complaint filed in the U.S. District Court for the Northern District of California which named the United States of America, 27 States, and the District of Columbia as plaintiffs against Conceptus, Inc., Bayer AG, Inc. and Bayer Healthcare, LLC. A copy of the complaint is enclosed.

The complaint alleges that the manufacturer of Essure gave substantial and illegal financial inducements to providers to encourage them to use Essure, a procedure that costs the government almost $3,500 per patient.

These alleged illegal kickbacks cost the taxpayers millions of dollars due to false claims against government healthcare programs such as Medicare, Medicaid and Tricare.

In addition to the review of 303 fetal death reports, I request that the allegations of illegal kickbacks filed against the Essure manufacturer also be included as part of the review being conducted by the FDA.