Consumer Reports: All deli meats are "processed" regardless of label 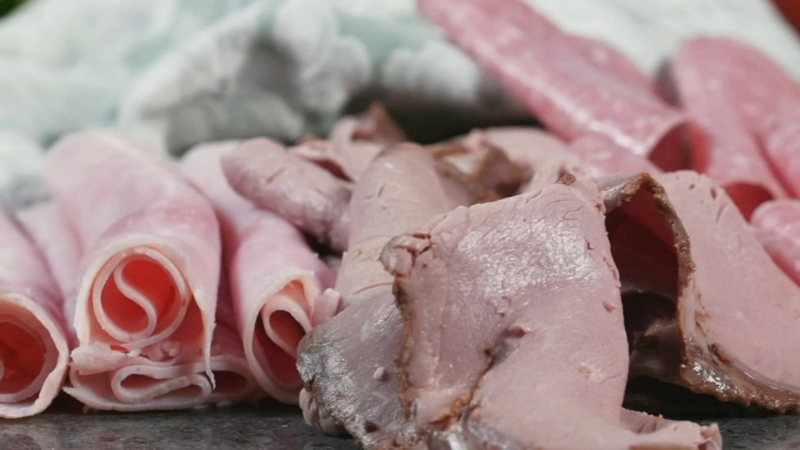 Consumer Reports: All deli meats are "processed" regardless of label

Sandwiches are a staple of school lunchboxes. If cold cuts are part of your family's menu, Consumer Reports has a new analysis you'll want to pay attention to.

And it underscores some of the health concerns about these popular foods.

It might surprise you, but multiple studies have found that regularly eating even small amounts of processed meats like hot dogs and bacon increases your risk of type 2 diabetes, cancer and heart disease, but what about deli meats like roast beef or turkey?

They are used to prevent bacterial growth and add flavor, but they may be linked to cancer.

The tests found that among the meats labeled "cured" and "uncured" the nitrate and nitrite levels were essentially the same.

And Consumer Reports' testing found that even meat labeled 'no nitrites' contained some.

Synthetic nitrites are made in a lab, while natural ones come from vegetables such as celery.

Consumer Reports' scientists say the chemical composition of natural and synthetic nitrates and nitrites are exactly the same, and so are their potential health effects.

While the North American Meat Institute says that most nitrites in our diets come from vegetables, the industry group says many meat processors believe that all deli meat should be labeled "cured," no matter which curing process is used.

All of the samples did fall below the federal government's thresholds for deli meats: 500 micrograms per gram for nitrate, and 200 micrograms for nitrite.

Consumers Reports says you don't need to give up deli meat entirely, but you should limit how much you and your family eat.