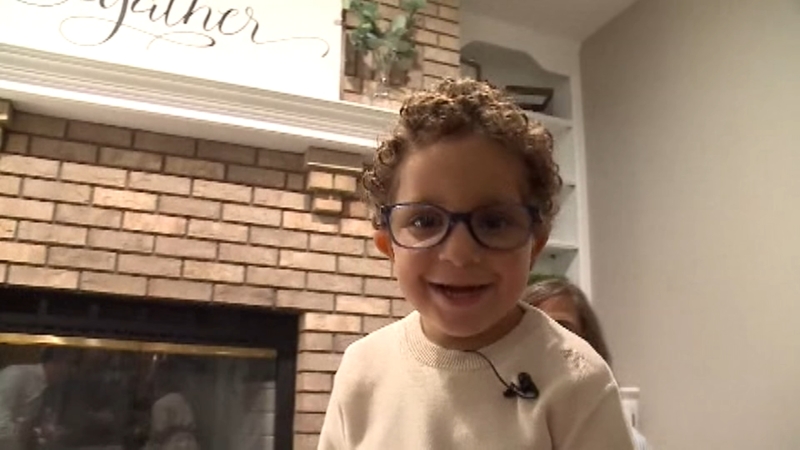 OMAHA, Nebraska (WPVI) -- An experimental drug is giving a young family hope their son will survive a deadly disease known as "childhood Alzheimer's."

The cholesterol accumulates in tissues, like the brain, where it can cause dementia, including difficulty with learning and short-term memory.

Osama could literally forget how to walk or talk, but the new drug gets the cholesterol moving.

"It works like Febreeze. The medicine goes in and it grabs the cholesterol and it brings it down and helps it flush out of the body," said Osama's mother Deanna.

But every day is filled with worry that he'll regress, or the drug won't be available to them anymore.

"We do worry every night what will happen," said Deanna.

"Sometimes I just want to forget about it or just to ignore it," said the boy's father, also named Osama.

The Hamads are now lobbying the FDA to approve the drug so he can keep taking it.