Houston doctor, known as father of modern Leukemia therapy, dies from COVID-19 at 93 Father of modern Leukemia therapy dies of COVID-19 at 93

HOUSTON, Texas -- There's no telling how many lives Dr. Emil Freireich saved during his legendary career, which included treatments for childhood Leukemia. Now, many are remembering the titan of the Houston health care industry who lost his battle with COVID-19.

"My dad has always been my best friend and mentor. [He] helped me get through all my cancers. I'm in complete remission, cancer-free," said the late doctor's daughter, Lindsay Freireich.

Lindsay said her father was an amazing man and she wants everyone to know how much he cared about trying to cure cancer.

"He really put his patients first. He believed everybody deserved another day," she said.

Dr. Freireich died from COVID-19 at the age of 93. He was a doctor at MD Anderson for 50 years but even after retiring, he never lost his passion for helping and mentoring.

"Everyone loved him. He has a wing named after him. He would just walk the halls with his walker because he said he had to cure all of the cancer in his lifetime," said Lindsay.

Lindsay always knew him as dad, but to others, he was truly the father of modern Leukemia therapy. He helped introduce the idea of treating childhood Leukemia with combination chemo.

"Out of all the oncologists in the world, he decided to use his own plasma," explained his daughter. "He combined chemotherapies so that children's Lukemia went from 100% death to 97% life."

Lindsay said that when her father came to Houston, he invented the blood cell separator machine for patients. The machine helped get the bad blood out and keep the good blood in.

"He also fought for the AIDS patients not to have placebos given on a 50/50 trial, because he said 50% of those people would die and he knew that he said we know the drug works why are you killing 50% of the clinical trial," she said.

His last weeks on Earth were some of the hardest for his entire family as they were not able to hold him or say goodbye.

"I think COVID-19 ravishes the body," she said. "No matter who you are, it's a horrible fight, and when you are 93 years old, it's even tougher."

Dr. Freireich's life and accomplishments were extraordinary. Lindsay is now looking for a publisher to help her get her dad's story out to the world.

"He's a groundbreaking doctor and a hero for Houston and America," she said.

Lindsey told ABC13 she hopes to keep his legacy alive. 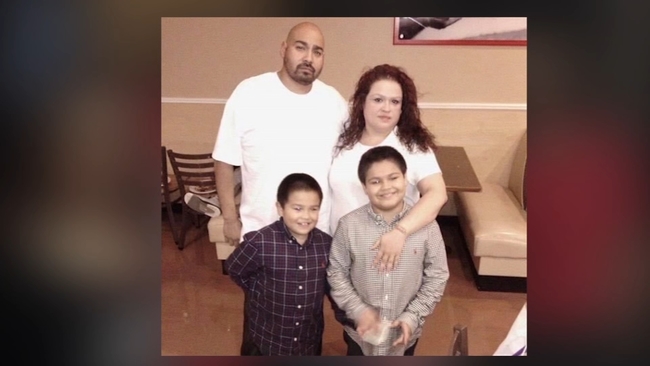