WPVI
By Sarah Bloomquist
SAN DIEGO, California (WPVI) -- From the start of the pandemic, PPE - personal protective gear - has been very hard to get.

Jonathan Gusdorff and Reuben Katz have been friends since Cheltenham High.

Lately, they had been working together through Katz's company, Sensory Data Corp., on products to prevent pressure sores.

Bedsores take 65,000 deaths a year, and were responsible for the death of "Superman" star Christopher Reeve.

But then, the pandemic shut down their test site in Spain and their medical contacts here started asking for PPE.

So, the duo became direct importers of PPEs, starting with old contacts in China.

"I called him up and said, 'Harry, I need to find companies that provide masks,'" said Katz of a contact in Shenzhen, China.

"We set them off on a path to get us prices for everything from every possible factory we could find," he continued.

"No brokers in the middle," he added.

They wanted to be sure of the quality of the masks and other gear.

Before it leaves the factory, "We have to have our people inspect it. And if it's not right, it's got to go back," he said.

"Once it leaves the factory, it has to get to Customs. That's when the foreign governments can make lives a little bit miserable," said Gusdorff.

Katz adds, "Two million units went into customs. One million of it passed with flying colors. And then Beijing came in and said, 'Stop the order!'"

Five days later, those one million masks were allowed to leave China.

Air routes also became complicated, with cargo planes no longer able to go through from Shanghai to Canada to the U.S.

So now, the refueling is done in Anchorage, Alaska.

But the duo is undeterred.

So far, they've handled at least 11 million masks, and hundreds of thousands of gowns and face shields, with most coming to Pennsylvania and Philadelphia.

In fact, a million just arrived in Harrisburg Thursday.

And the friends are now working on hand sanitizer, as well as shifting to the consumer sector.

"We've created an entirely new division for PPE, and we're planning on providing not just to hospitals and caregivers," Katz noted.

Gusdorff says he went into medicine to help as many people as possible, and he is.

Katz understands the impact of this virus.

He had a stubborn case of "bronchitis" early on, which, in retrospect, may have been coronavirus.
Report a correction or typo
Related topics:
health & fitnessphiladelphiapennsylvaniahealthcheckpennsylvania newsface maskcoronavirus pandemichealth carecovid 19 pandemic
Copyright © 2020 WPVI-TV. All Rights Reserved.
More Videos
From CNN Newsource affiliates
TOP STORIES 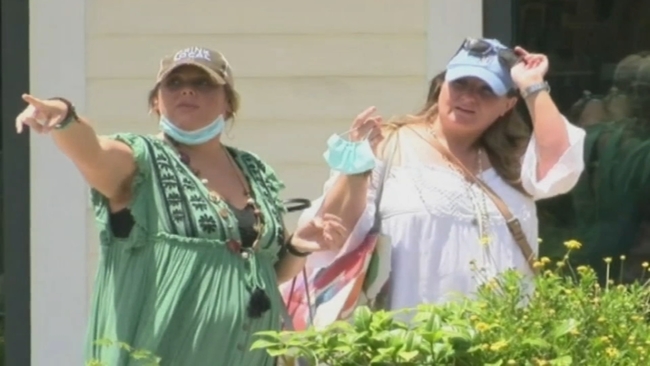