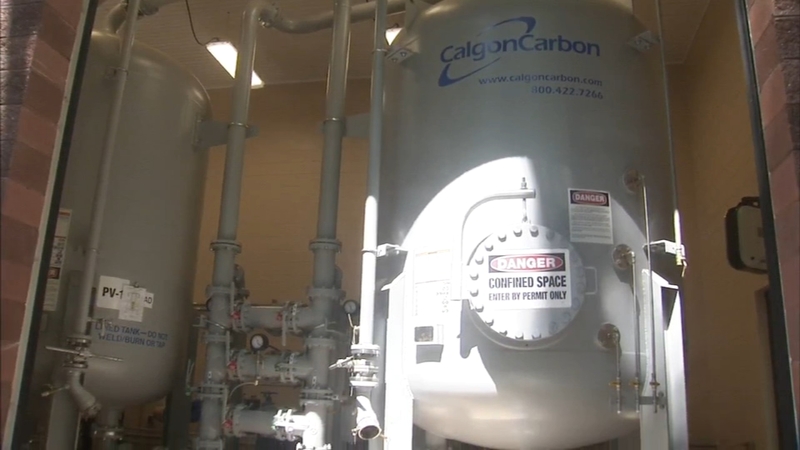 The system filters out PFAS chemicals found in the water near Willow Grove Naval Air Station, less than a mile from the well where the news conference was held. PFAS stands for perfluoroalkyl and polyfluoroalkyl substances.

"The water contamination caused by the firefighting foams used by military bases in Warminster and Horsham is something we deal with every day," said State Representative Meghan Schroeder of Pennsylvania's 29th District.

"After they soaked into the ground, leached into the water supply and became difficult to clean up, did we realize that these chemicals have negative health effects, some of which we are actually still learning about," said Wolf.

Lisa Cellini showed Action News her personal water filtration system in her Horsham Township home. Even though her tap water is filtered, she still uses her own counter-top system for peace of mind. Because of the grant money, customers like Lisa will start to see the relief on her water bill.

"I pay about $25 more per water bill than if we weren't paying for the filter to clean up," she explained.

"We shouldn't be paying for the mistakes the military made on the base," said Cellini.

The state and local elected officials who spoke Thursday are calling on the U.S. Environmental Protection Agency to create a nationwide standard for PFAS chemicals in drinking water under the Safe Drinking Water Act.