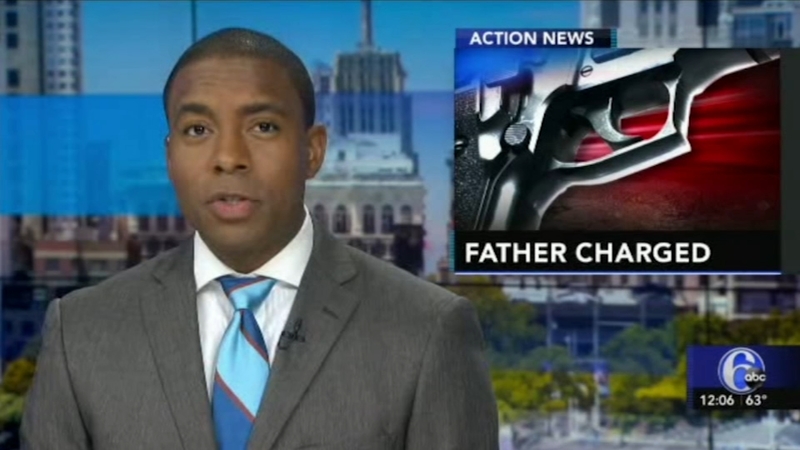 PHILADELPHIA (WPVI) -- A member of the Action News family recently suffered a medical crisis live on the air.

Sunday, October 22 began normally enough from the viewer's side of the television. Action News Anchor Gray Hall sat down at the news desk and began the noon newscast.

"I was able to get through the opening," Gray said. "So I'm thinking I can do this, I can do it. But in my mind, I'm thinking 'Can I really do this?'"

This would be Gray's third newscast of the day, but even before the newscast started, the seeds of doubt had taken hold in Gray's mind because of something frightening that unfolded about an hour earlier.

"Around 11 o'clock, I'm preparing for the Noon show, and I can't see the computer screen," he said.

His vision had all but disappeared. He grew dizzy, disoriented, unsure of what to do other than hope it gets better. It didn't, but he still soldiered on convinced he could do it.

"I was trying to stay as calm as possible, but my mind is saying, 'Oh my God you're spiraling down!'" he said.
That fact soon became apparent to producers behind the scenes and to viewers around the region, the typically unflappable anchor was now stammering and stumbling over his words.

Still on the road to recovery after brain surgery. Thanks @briantaff6abc for doing a great job telling my story. If you missed it, here is a link: https://t.co/IgDZerjN1U @6abc pic.twitter.com/XuogFlVvga

At about 12:34 p.m., Gray was whisked off the set and rushed to the hospital, where his own story would take a dramatic turn.

A battery of tests revealed a colloid cyst on his brain. The doctors told him that he had to have emergency surgery.

The cyst, which Gray knew was there from a diagnosis a month earlier, had grown exponentially. Initially, he thought it wasn't something that needed immediate treatment, but its rapid growth was blocking fluid from freely draining itself.

The pressure was building up fast and doctors told him his body was shutting down.

"Basically I could have died. He said it sounded like I was basically dying," he said.
The surgery involved making a small incision in Gray's skull. That went exceptionally well. But after the cyst was removed, bacterial meningitis set it, a nasty and painful infection that kept him hospitalized for nearly two more weeks. Much of that Gray doesn't remember.

Gray is back home now, resting and recovering with his wife and two young children. He has headaches that come and go, but those should disappear with time. And though he's tired and weak at the moment, he's newly strengthened by a simple realization.

"Health is wealth. You can have all the money in the world, but if you're not healthy, what does it matter?" he said. "Don't dismiss any pain. Listen to your body, because your body is trying to keep you alive."

Again, while the initial incident was scary, Gray's prognosis is very good and he should be able to return to the anchor desk soon.

He thanks everyone who has reached out to him and his family during this trying time and says a heartfelt 'thank you' back.
Related topics:
health & fitnesshealthspecial report
Copyright © 2021 WPVI-TV. All Rights Reserved.
TOP STORIES
Trial for Montco teen charged with stabbing ex-girlfriend 30 times
Andy Reid in stable condition at hospital
Shooting outside Center City hotel under investigation
Cheryl Burke says she has COVID-19
Record-breaking! 66-yard field goal makes NFL history
Can the Eagles defeat the Cowboys? Jaws has a final score prediction
Pfizer to ask for approval of COVID vaccine for kids in matter of days
Show More
Mayor: 'I am heartbroken and outraged' after city tops 400 homicides
Philadelphia Eagles activate TE Zach Ertz from COVID-19 list ahead ...
NJ high school changes dismissal time due to bus driver shortage
2 shot after altercation in Wawa parking lot; suspects wanted
Bus driver shortage, supply chain impacting Chester Co. farm's fall
More TOP STORIES News