WPVI
A law that allows people who are terminally ill to end their lives goes into effect Thursday in New Jersey.

There are now eight states that allow this practice, but it is controversial.

Controversial but becoming more accepted. Supporters have been pushing for this bill for several years. Opponents believe it could be a slippery slope and lead to greater rates of suicide.

Action News spoke with one family who says this is something their father wanted.

"If you asked anyone who knew my Dad, they would tell you he was very strong and very independent," said Joe Grimaldi.

Talking about his father brings both sadness and a smile to Grimaldi. His father, also Joe, died less than a month ago. He was 85 years old and married to his wife for 63 years. They have 4 children, 17 grandchildren, and 25 great-grandchildren.

"For the most part, everything he set out in his life to do, he did," said Grimaldi.

Joe says after his mother died, his father's liver started to fail and tests revealed what was likely pancreatic cancer. He was given 2 to 3 months to live, but Joe says his father didn't want to wait and suffer through the pain.

Instead, he went into hospice and died 5 months later.

Patients like him today in New Jersey will have another option, the Medical Aid in Dying for the Terminally Ill Act went into effect.

It allows patients with less than 6 months to live, who are deemed mentally sound to request life-ending medication. 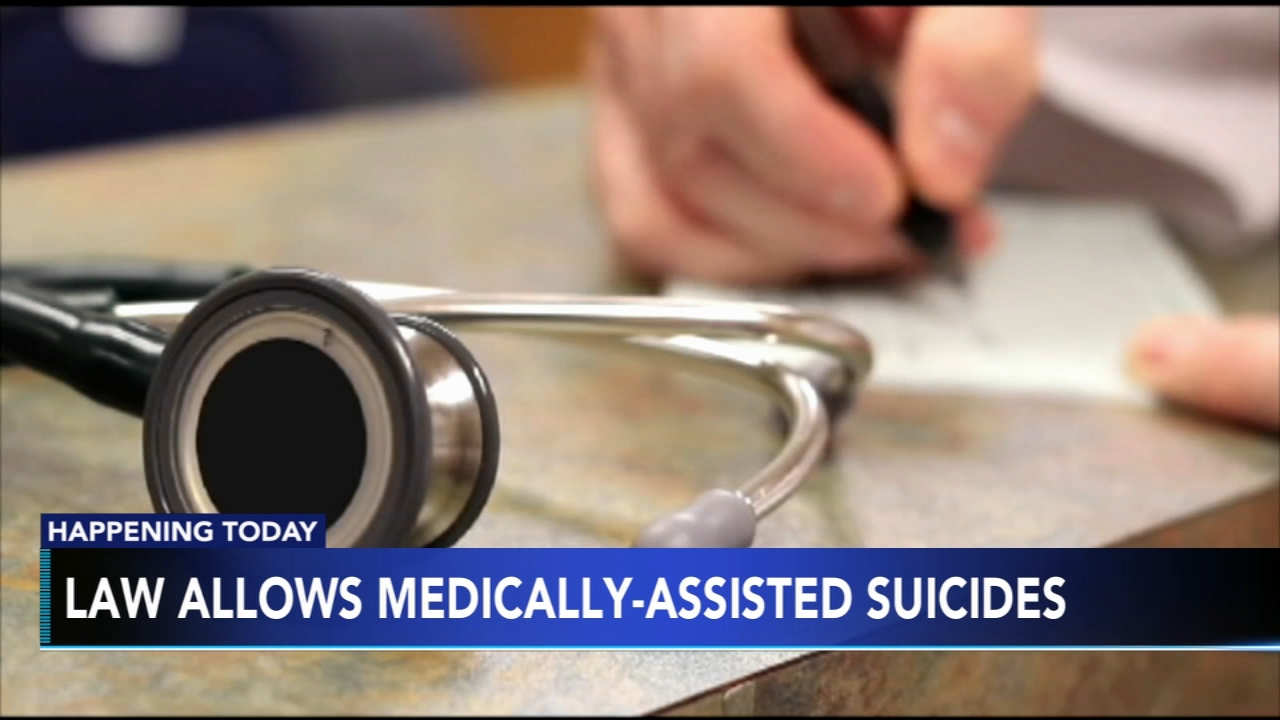 Opponents, including some doctors groups, say it goes against the oath to do no harm.

Joe says his father had a peaceful death, but his family is happy to see this law in effect.

"It's hard to sit around and watch your loved one die and suffer, so if you can avoid it and not have to go through that I think it's a great thing," he said.

But the new law signed by Governor Phil Murphy does have safeguards.

Patients have to have a psychological evaluation and then two doctors have to sign off on the request.

The patient will have make the request twice - at least once in writing - and signed by two witnesses.

Doctors can opt out if they don't want to be involved.
Report a correction or typo
Related topics:
health & fitnesshealthchecksuicide
Copyright © 2020 WPVI-TV. All Rights Reserved.
More Videos
From CNN Newsource affiliates
TOP STORIES