WPVI
By Katherine Scott
WILMINGTON, Del. (WPVI) -- Members of a Delaware medical team are back home after helping in Nepal.

The country is dealing with massive earthquakes and aftershocks that devastated the country. The most recent was on Saturday.

The Delaware medical relief team arrived back in the U.S. Tuesday morning.

They were in Nepal for ten days treating people and delivering medical supplies.

They say the need is great and will stay that way for some time.

An advance team of three went ahead of the others in the group to solidify connections.

Then Team B flew out a week and a half ago. They returned to Philadelphia International Airport Tuesday, but not before passing the baton to a third team that's already on the ground.

And yet these volunteer teams have seen more than 1,000 patients, set up remote clinics and worked out of multiple hospitals.

They arrived with suitcases full of supplies and a team of medical professionals.

Doctor Ashish Parikh, a cardiologist, was doing an angioplasty at the time.

"That was pretty scary," he said.

He saw a patient waking with chest tubes in his hands. Some were being wheeled from the 6-story hospital on gurneys.

Another man was carrying his mother, who had heart problems, on his back.

Dr. Parikh has made a commitment to return to help train doctors there so they can better help their patients.

"Another resident told me, 'We are very smart, hardworking people. Hold our hands. We'll fly in the sky.' And that touched my heart," said Dr. Parikh. 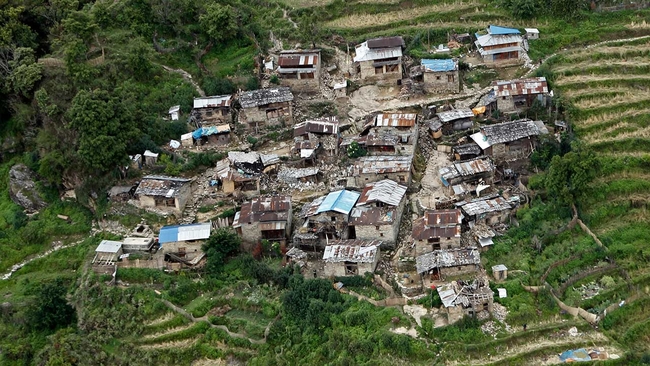