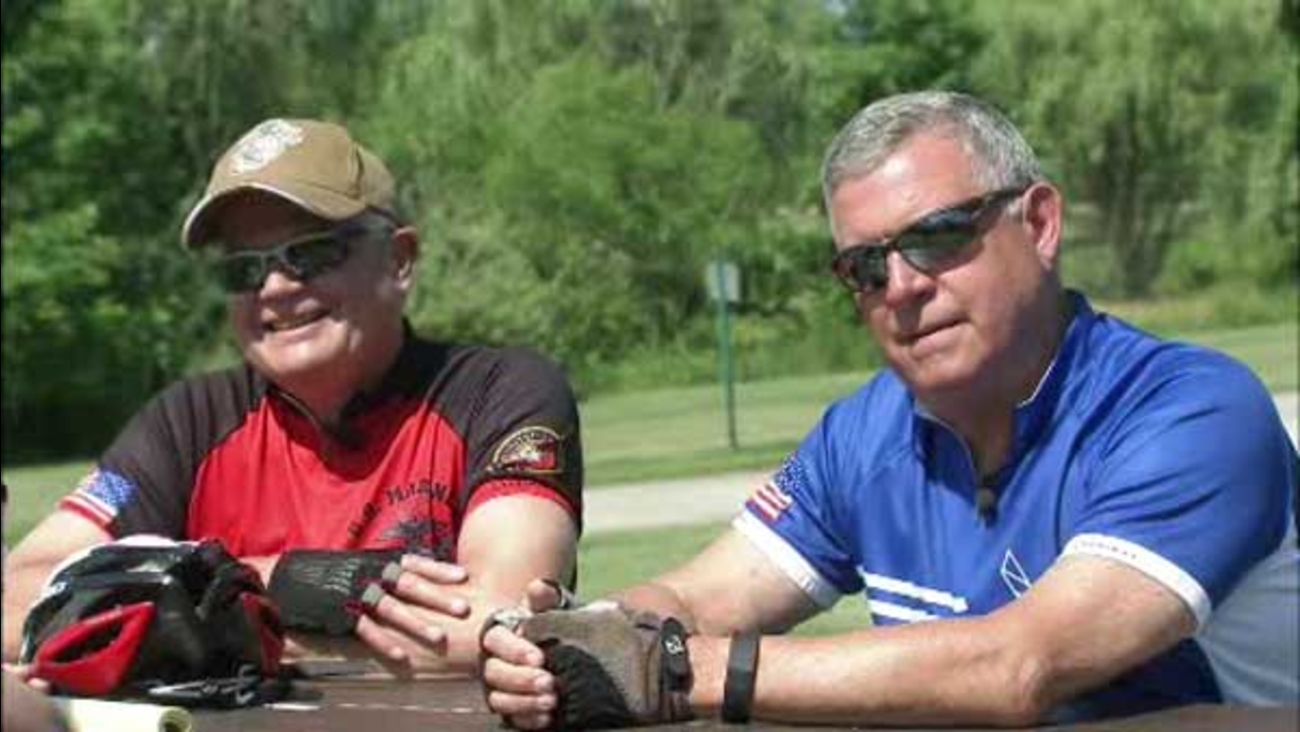 3,400 riders have signed up for Sunday's "Bridge to the Beach" bike-a-thon, including two military veterans whose friendship was forged by the fight against cancer.

PHILADELPHIA (WPVI) -- This weekend thousands of cyclists will ride from the city to the shore, all to stay fit and support a great cause.

Nearly 3,400 riders are signed up so far for the American Cancer Society's "Bridge to the Beach" Ride this Sunday.

That includes two military veterans whose friendship was forged by the fight against cancer.

Dave Neff and Carl Sensenig have known each other for nearly 20 years.

They belong to the same church and both beat prostate cancer years ago.

But it wasn't until Dave's wife Michele was in her own cancer battle that they became close friends.

"His wife would stay with my wife while he and I went out and i got a little reprieve from being a 24/7 nurse," said Dave.

After Michele, and then 2 of Dave's college friends passed away from cancer, cycling became an important outlet.

And there was always good-natured military competition - Dave was a Marine and Carl served in the Air Force.

Even when Carl thought he had Dave beat getting us a hill, Dave wouldn't allow it.

Thousands of other riders have already signed up for Sunday's ride, raising more than a million dollars.

In 44 years, it's raised $21 million dollars for cancer research and education.

The two veterans say it was an uplifting experience.

"People who would pass on the left would say - thanks for your service, way to go guys," said Carl.

But crossing the finish line on the Atlantic City boardwalk was the best moment - knowing what it means to join the fight against cancer.

"We're trying to add another survivor or two to the list," said Dave.

"And if we can push that research along a little faster so that others can join us, that's whatt will make it great for us," added Carl.

You can also donate to a rider or to a team.