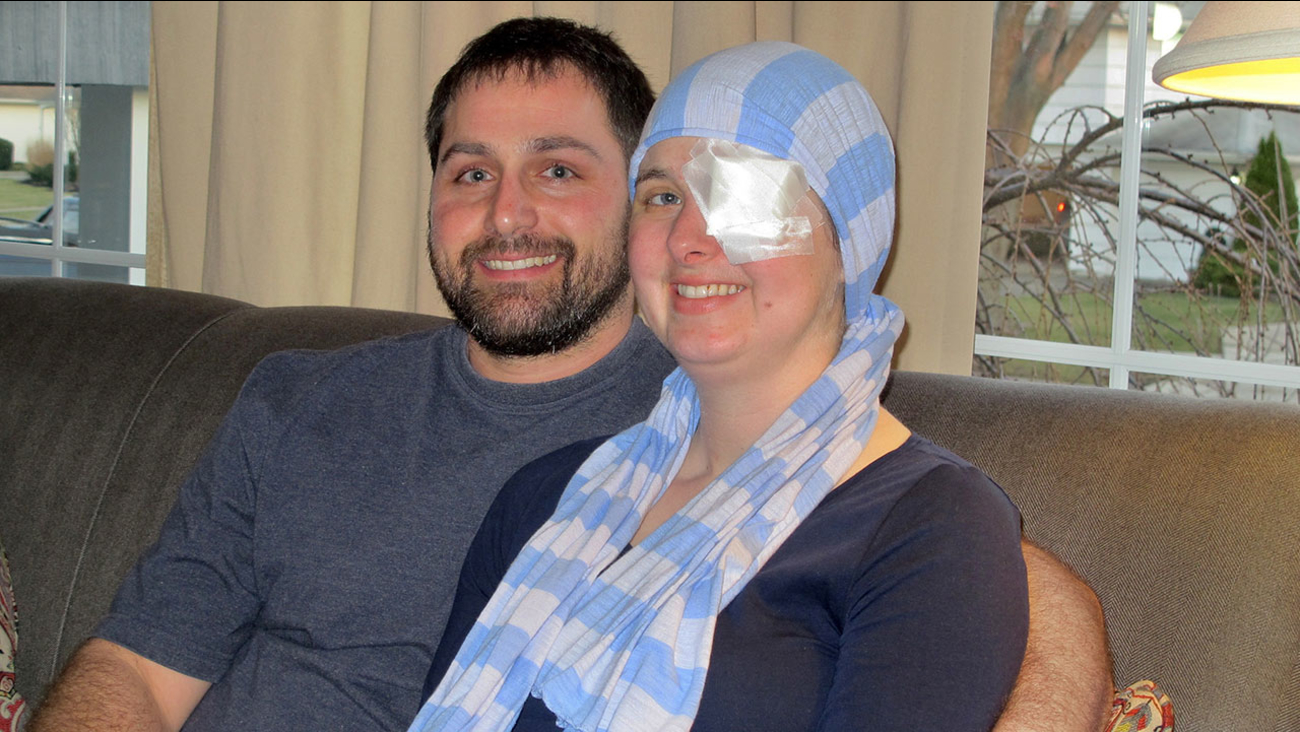 Shortly after learning she was pregnant, Kim was diagnosed with aggressive brain cancer, and was rushed into surgery to remove two tumors that doctors said could have killed her. (AP Photo/Carolyn Thompson)

TONAWANDA, N.Y. -- For Kim Vaillancourt, pregnant while staving off aggressive brain cancer, it comes down to this: "The baby saved me. Now it's my turn to save him."

Vaillancourt was diagnosed with glioblastoma after going to the hospital for headaches and nausea that came on over Christmas. Were it not for concern for the boy she's carrying, she and her husband, Phil, said it was a life-saving trip she would not have made.

They believe the unexpected pregnancy was heaven-sent.

Kim had surgery to remove the tumors, but now, to give the baby they've named Wyatt Eli the same chance he gave her, she is postponing any follow-up chemotherapy and radiation to avoid threatening her developing child.

"She's going to do what she can to save the baby's life and give it the healthiest life possible," Phil Vaillancourt said.

It had already been an eventful time in the Vaillancourt home in the Buffalo suburb of Tonawanda. The couple and their 11- and 12-year-old children had spent Dec. 23 in Erie County Family Court for an adoption ceremony that made three sisters- ages 6, 7 and 10 - the couple had been fostering permanent members of their family.

With five kids on break from school, Kim wouldn't normally have made a fuss about feeling ill. 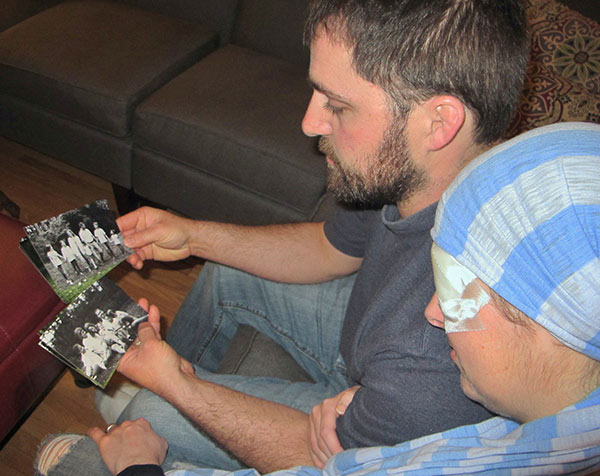 In this March 11, 2016 photo, Kim and Phil Vaillancourt look at family photos at their home in Tonawanda, N.Y.

"I would have just thought I had a headache and the flu and I would have laid in bed," the 36-year-old mother said. But since she was about halfway through her pregnancy and worried that being unable to keep food down was keeping the baby from getting the nourishment he needed, she headed to the hospital to be checked.

Soon she would be rushed into surgery to remove two tumors that doctors said could have killed her. One had grown on the front of her brain. The other was dangerously close to her brain stem in the back.

Holding hands on the couch in their suburban Buffalo living room, Kim and Phil lean on each other as they describe with calm acceptance the abrupt turn their life took between the joyful Dec. 23 adoption and the devastating diagnosis on Dec. 27.

Gliobastoma, they learned, is characterized by fast-growing tumors known to reappear within eight to 12 weeks. With April 25 the target delivery date, Kim has been undergoing MRIs every two weeks to check for any signs of new activity.

"We're praying a lot and trusting God through these next few weeks to keep these scans clean," Phil Vaillancourt said. 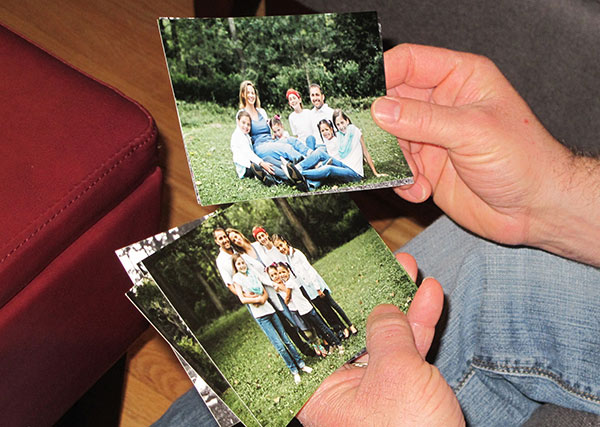 Phil Vaillancourt holds photos of his wife, Kim and their children at their home in Tonawanda, N.Y

It's something the health-conscious Kim, with her focus on vitamins and nutrition, would never have imagined. She laughs while describing her longstanding practice of texting as far away from her body as her arms will allow and says the family's kept the microwave oven in the garage for the last 10 years, even though there's no scientific proof that either cellphones or microwaves raise the risk of cancer - and her fears are unfounded.

It's strange, she said, to now look for healing in chemicals and radiation. Unwilling to risk the baby's health, the couple plans to begin treatment about two weeks after his birth, hoping all the while the tumors don't reappear before then.

In the meantime, they will start interviewing nannies to help care for the newborn and the rest of the children, among them 7-year-old Josie, who was born without arms and legs. Phil's leave from his maintenance job with the town of Tonawanda is coming to an end.

"Just taking one day at a time," Phil said. "Even looking too far into the future, you just get caught up in what it can look like. Why even do that?"

Though relatively rare, glioblastoma is the most common and aggressive form of brain cancer. It affects about 17,000 adults in the United States every year, but is uncommon during pregnancy, said Dr. Robert Fenstermaker, chair of neurosurgery at Roswell Park Cancer Institute in Buffalo.

Early in a pregnancy, a woman might be advised to end the pregnancy in favor of aggressive treatment, he said. Women further along have undergone chemotherapy.

"It's a tough cancer," said Fenstermaker, who has developed a vaccine therapy for glioblastoma that is now in clinical trials.

The Vaillancourts have found strength from their big and close families and in the prayers that have flowed in as word of the family's fight has spread.

"People have wrapped their hearts around this family," childhood friend Jenna Koch said, describing a GoFundMe campaign and a host of benefits and fundraisers planned over the next few weeks.

With treatment, doctors say patients with the serious grade of glioblastoma afflicting Kim have a median survival rate of about 14 months. But the Vaillancourts are holding onto their Christian faith.

"I hope to fight this off for years and years to come," Kim said. "I hope to be sitting here in 30 years saying how I beat this."