"Medical experts looking at our current trajectory are projecting that a new surge is in the offing. And what we're seeing right now could soon be even worse than what we saw before," said Wolf.

Wolf says three catalysts have been linked to case increases: some Pennsylvanians ignoring the mask wearing requirements and social distancing rules when they're visiting bars and restaurants, out of state travel and a lack of national coordination.

Governor Wolf has announced a new set of restriction to combat what appears to be a COVID-19 resurgence in Pennsylvania.

To help combat the surge, Wolf says bars and restaurants that allow indoor dining will only be able to seat up to 25% of their capacity. The previous restriction was set at 50% capacity. Outdoor dining will not be affected.

Wolf says alcohol only can be served for on-premises consumption when in the same transaction as a meal. Cocktails to-go and carry-out beverages are still permitted.

Wolf says telework must be implemented, whenever possible, and that indoor gatherings will be limited to 25 people, and outdoor gatherings remain at a maximum of 250 people.

All gyms and fitness facilities, while permitted to continue indoor operations, are directed to prioritize outdoor physical fitness activities.

"The actions the governor and I are taking today are designed to be surgical and thus precise to prevent from repeating the cycle we saw in the spring," said Secretary of Health Dr. Rachel Levine.

Businesses and individuals in violation of these orders could be subject to fines, business closure or other applicable enforcement measures.

Paul Maranca of Spasso Italian Grill in Media, Pennsylvania has outdoor seating to keep them going. Others aren't so lucky.

"Some of these smaller restaurants don't have the capacity for outside seating and that's going to hurt them even more," said Maranca.

Maranca says they're struggling and are operating inside as safely as they can.

He questions if their tables are clearly 6 feet apart, how can the Home Depots and Walmarts of the state operate with no restrictions.

"So why can you go into Home Depot or Walmart, if it's airborne, and still have 200 people," said Maranca.

In West Chester, at Teca Restaurant and Bar, Roberto Guadagnini says the demand for inside seating hasn't returned.

"The general confidence of people still isn't there. So even though we had 50% capacity, I personally didn't see in our venue the confidence, most people are outside," said Guadagnini.

Dr. David Rubin, a general pediatrician and director of PolicyLab at Children's Hospital of Philadelphia, says his team is also seeing an increase in cases in Philadelphia.

Wolf and Levine also added that much of the commonwealth is seeing an increase.

"Make no mistake, the time is now for action," said Rubin.

Rubin's team developed a unique COVID-19 tracking and projection model, which sheds light on the risk of a COVID-19 resurgence in Pennsylvania.

Rubin says if we don't act aggressively in the new few weeks the reopening of schools could come into question.

Allegheny County, which has already imposed temporary restrictions on restaurants and bars, reported 246 additional infections on Wednesday from tests performed between June 30 and July 14. Infections numbers have also been up in counties ringing Allegheny.

The Philadelphia school district, meanwhile, announced Wednesday that it plans to resume limited in-person instruction in the fall, with most students in class just two days per week and learning remotely the other three.

In other coronavirus-related developments in Pennsylvania on Wednesday:
___

ONLINE LEARNING
East Stroudsburg University has become the second school in Pennsylvania's 14-school, state-owned university system to announce that it will conduct the fall semester almost entirely through remote instruction because of the danger of the coronavirus.

"While we were certain we could all return to campus with a 'new normal' this fall, we know now that this is not the safest, most realistic, option for our greater ESU community," the school's president, Marcia Welsh, said in a statement.

A "very limited" number of classes will be offered for both remote and in-person formats for student teaching, clinical placements, internships and other situations, Welsh said.

West Chester University also said it will continue remote instruction in the fall. Pennsylvania's larger independent universities, thus far, are planning to conduct classes through in-person instruction, with many offering an option for remote learning and some limits on class size.

The Pennsylvania State Athletic Conference announced Wednesday that it has canceled fall sports.

The decision affects 18 schools, primarily those in the state-run university system.

"The entire conference has worked hard these last few months to prepare for the return of sports to our campuses beginning this fall," PSAC Commissioner Steve Murray said in a news release. "However, it has become apparent that the safe conduct of sports under the guidelines of social distancing is untenable for our members."

The conference said it's hoping to shift fall sports to the spring semester. A decision on winter and spring sports will be made later, PSAC said.

Pennsylvania residents will be allowed to carry guns on expired permits for a little longer.

Gov. Tom Wolf on Wednesday granted another extension for holders of concealed carry permits. State police said that permits that expired March 19 or later have been extended to Sept. 30. The extension was granted because of the ongoing closure of some county courthouses and sheriff's offices. 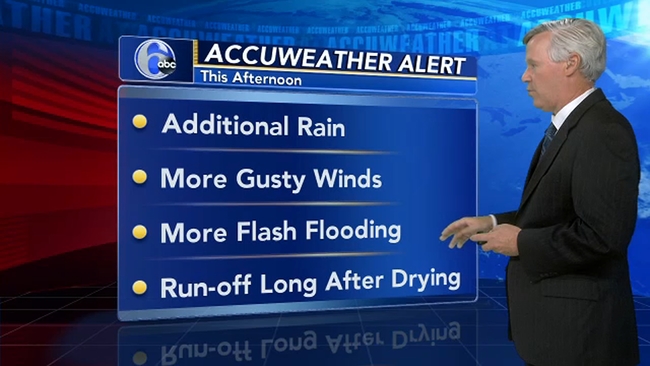