Art of Aging: Pa. turkey farm has been serving First Family since 1950s 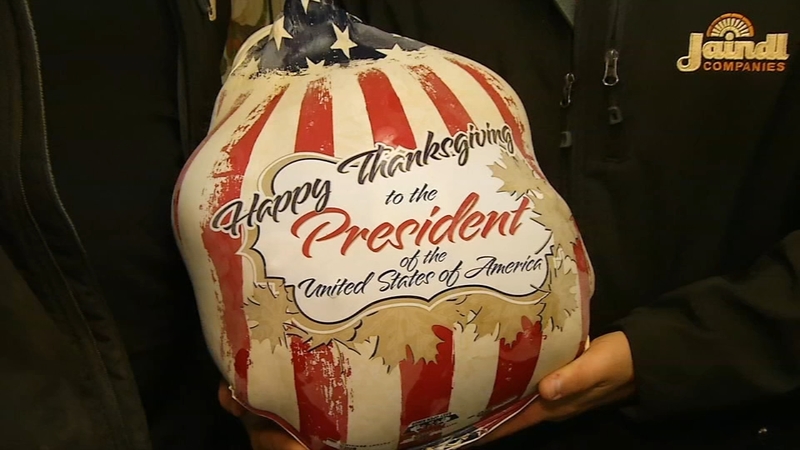 825,000 turkeys a year roam the Jaindl family farm today. But when it started in 1935, it was just five birds that David Jaindl's father, Fred, was showing at a local county fair when he was just five years old.

"My grandfather actually purchased five turkeys from my dad and five ducks from my aunt, my dad's sister. And the ducks died but the turkeys survived," David said.

A decade later, his father and grandfather officially went into business together, and it's always been very much a family affair.

"My dad and my mother had eight children. They all were involved in the operation at one, one time or another," David said.

David, like his father, started raising turkeys when he was just a boy.

David's sister in law, nephew, his wife and their five children also work on the farm. And the family takes their turkey raising business seriously.

David's father, Fred, put his birds up against the nation's championship breeders in competitions throughout the 1950s.

"My dad won the grand championship every year though the '50s and last show they had was in '59. And in 1959, the National Turkey Federation, because he'd won every show, asked him if he would supply two turkeys to the White House," David said.

The Jaindl Grand Champion Brand has been served at the White House every Thanksgiving since.
Two of David's sons proudly showed us this year's presidential turkey.

The birds are sold under both the Whole Foods and Wegman's store brand. For Thanksgiving, their turkeys will find their way to 150,000 tables.

"It's rewarding. Part of what gets me out of bed in the morning is coming here, working with the family and working with a lot of my friends here who work at the farm," David said.

Tractor-trailer crash shuts down I-95 in Delaware
Gathering limits to go up in Pennsylvania on Monday
Flag football league empowering girls in Montco
Community campaigns to change street name with controversial history
Kenney provides 'next steps' in mishandling of MOVE remains
Show More
CDC recommends kids keep masks on at school this year
It's down to 3 on 'American Idol'
Joe Girardi, Jean Segura have confrontation as Philadelphia Phillies lose to Toronto Blue Jays
Fire at FDR Park forces road closures on I-95
Some aren't ready to give up masks despite CDC guidance. Here's why
More TOP STORIES News