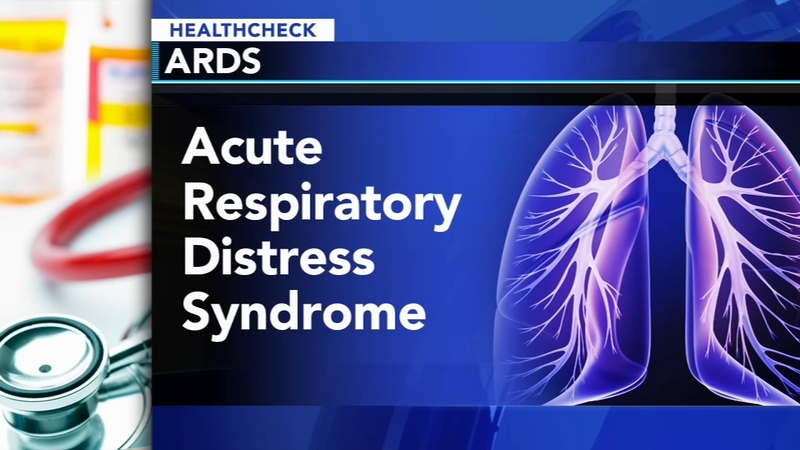 UNIVERSITY CITY (WPVI) -- A local hospital is testing a new treatment for a severe lung complication.

It can be the result of a severe case of the flu or pneumoni or other major infections. The new treatment hopes to use adult stem cells to battle the problem.

"Normal lung should be black and full of air - instead it's gray and flooded with fluids," said Dr. Nuala Meyer from Penn Medicine.

Putting patients on a ventilator used to be the only weapon.

But Dr. Meyer, a pulmonary specialist and Dr. Don Siegel, of the Penn Medicine infusion center, are involved with a nationwide trial of a treatment called MultiStem, made by Athersys of Cleveland, Ohio.

It's made from human stem cells.

Unlike stem cells used for bone marrow transplants, these don't need to be matched to the patient.

"They neither seem to attack the patient, nor do they seem to be attacked by the patient, or the patient's rejecting them," said Dr. Siegel.

"Cells go to the site of the injury and then give off some growth factors, some anti-inflammatory proteins," said Dr. Meyer.

MultiStem is kept frozen until it's needed, then it's thawed and given though an IV infusion.

The doctors hope it will help more patients survive.

This is a blinded trial, so the doctors won't know which patients received the treatment until after the study is complete.

But MultiStem is also being tested to see if it can speed recovery after a stroke caused by blood clots. In that trial, some patients saw good results within 36 hours.