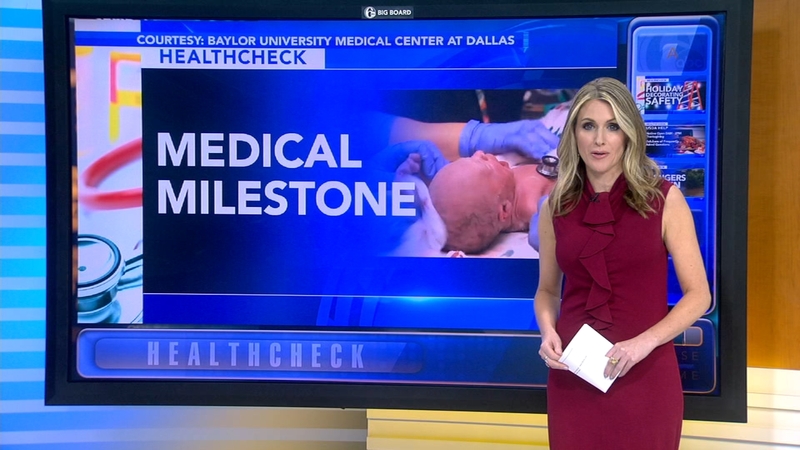 Penn Medicine has announced that it would start offering womb transplants

PHILADELPHIA (WPVI) -- The first birth as a result of a womb transplant in the United States has occurred in Texas, a milestone for the U.S. but one achieved several years ago in Sweden.

A woman who had been born without a uterus gave birth to the baby at Baylor University Medical Center in Dallas.

Hospital spokesman Craig Civale confirmed Friday that the birth had taken place, but said no other details are available. The hospital did not identify the woman, citing her privacy.

Baylor has had a study underway for several years to enroll up to 10 women for uterus transplants. In October 2016, the hospital said four women had received transplants but that three of the wombs had to be removed because of poor blood flow.

The hospital would give no further information on how many transplants have been performed since then. But Time magazine, which first reported the U.S. baby's birth, says eight have been done in all, and that another woman is currently pregnant as a result.

Last month, Penn Medicine here in Philadelphia announced that it also would start offering womb transplants. The goal is to help women without a functioning uterus be able to carry a child with a transplanted uterus.

Until last month, it had only been done successfully in Sweden, so they're esctatic it worked in Texas.

Dr. Kate O'Neill from Penn OB-GYN is a co-leader in the study along with Penn Medicine transplant surgeon, Dr. Paige Porrett.

"You just throw your hands up and cheer," said Dr. Porrett.

"I'm just so happy for the patient. It is a long haul for them and having spent time with these patients, I can only imagine this woman's joy so I'm incredibly happy for her," said Dr. O'Neill.

The team at Penn is currently screening possible patients. Dozens of experts have signed on to help.

Dr. Porrett says just the surgery itself is extremely complex.

"The arteries and veins of the uterus are very delicate and they're in an anotomically challenging place in the body," she said.

But they have been practicing in the lab and now there is an even greater sense of hope.

"Now they we see Baylor can do it, gives us more confidence that we can do it," said Dr. O'Neill.

At Baylor, they used a living donor. The Penn team will only be using deceased donors.

And in all cases, the transplant is temporary. It's removed after a women gives birth.

Doctors hope that womb transplants will enable as many as several thousand women born without a uterus to bear children.

Right now, Penn is the only medical center on the East Coast offering this experimental treatment.