Study: Antibiotics better than surgery for appendicitis in kids 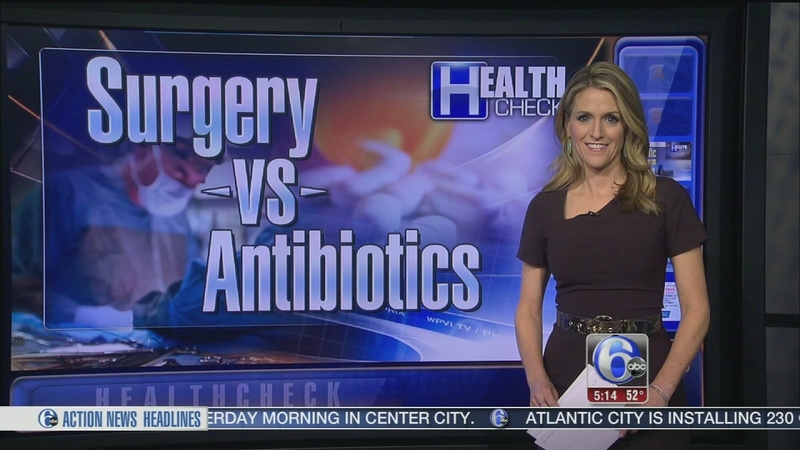 COLUMBUS, Ohio (WPVI) -- A new study says surgery may not be the best solution for many kids with appendicitis.

For decades, surgery has been the standard treatment for appendicitis.

In fact, it's one of the most common operations for kids, with more than 200 operations per day in the United States.

But now, the first study in the country on children comparing surgery to medication finds drugs work in most cases.

Instead of surgery, and a recovery that takes weeks, doctors gave kids with simple appendicitis an IV infusion of antibiotics in the hospital.

They also had pills to take at home afterward.

One year later, three out of four didn't need surgery.

Doctors say it's a win for them, parents and kids.

"It was amazing," says Audrey Gibson, whose daughter Aria was part of the study.

Aria developed appendicitis just as she was preparing a lead role in her school musical, and as her mother was planning a surprise family trip to Disney World.

"She was able to do her musical, and then we were able to go to Disney World with no problems, and we were really thankful that was an option for us," says Gibson.

Doctors say the antibiotics-only approach should only be used for early appendicitis, when the child has no complications and the case isn't too severe.

Study co-leader Dr. Kate Deans says whether it is surgery or antibiotics, parents need to pick the method that suits them best.

"It's really a matter of aligning your preferences, your values, your bias, what you think is most important to you with the therapy that's best for you and your family," says Dr. Deans.

But if the antibiotics option is more available, the doctors believe it could spare thousands of children from operations every year.