What if you stared at the solar eclipse too long without glasses? 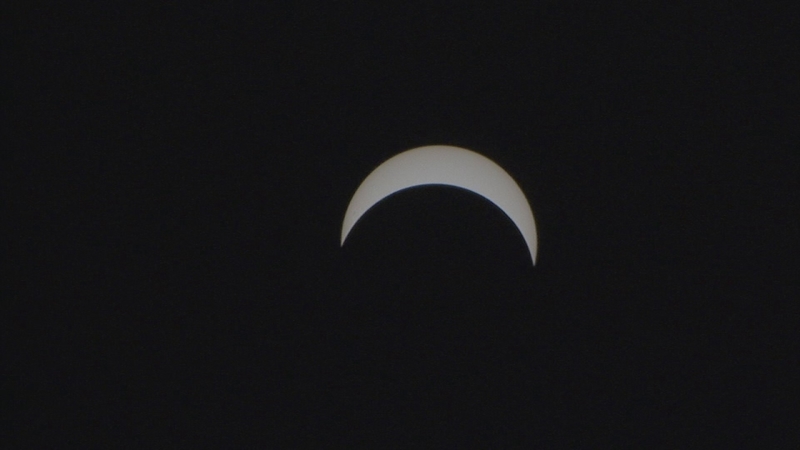 What if you stared at the solar eclipse too long?

PHILADELPHIA (WPVI) -- The solar eclipse is over, but what if you looked at it without those specified glasses?

Dr. Sunir Garg, a retina surgeon with Wills Eye Hospital, says people who glanced at the eclipse Monday without protective eyewear may not have suffered any damage.

"The good news is nobody is going to go blind from this," Dr. Garg said.

But there are documented cases of people who stared at a partial eclipse and suffered blurry vision to the middle of the eye and it could be permanent.

Dr. Garg says the diagnosis could be solar retinopathy or solar maculopathy.

What if you stared at the solar eclipse too long without glasses? https://t.co/a9G9CgOc0v pic.twitter.com/Ub4u29KmB0

"I think there will definitely be people who have damage. Some of them will have immediate damage, they looked at the sun too long, they didn't have their glasses, and they really tried to power through the discomfort of looking through the sun," Garg said.

Dr. Garg recommends people make an appointment with an eye doctor if they begin seeing symptoms.

Action News spoke with some eclipse viewers who heeded the warnings and were prepared, while others threw caution to the wind or couldn't find the NASA approved eyewear.

"I avoided it at all costs, even though it was tempting," Sabrina Butt of Center City said.
"I just sort of went outside, put my sunglasses on and luckily, there was cloud coverage so I could actually see it for a couple of seconds," Nick Steinman of Center City said.