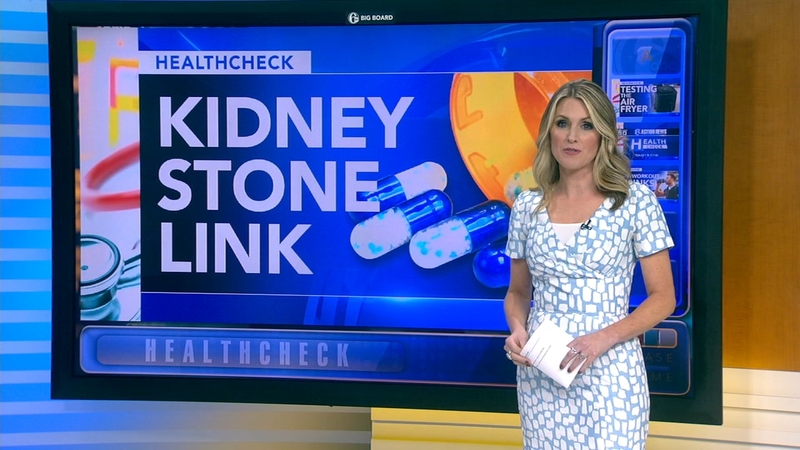 PHILADELPHIA (WPVI) -- We've heard the concerns that antibiotics can lead to drug-resistant bacteria, but there's a new concern tonight - a higher risk of kidney stones, especially in children.

Kidney stones are more common in adults than in kids, but more children and teenagers are getting them lately and some doctors at the Children's Hospital of Philadelphia think antibiotics may play a role.

"Over the last 20 years or so, we've seen the prevalence of the disease increase by about 70%," warns Dr. Gregory Tasian.

And Dr. Tasian says the biggest increase in kidney stones has been among adolescent girls.

While diet trends, such as more soda and caffeine, and less water are likely factors, the doctor's team decided to look at common medications, like antibiotics, which are prescribed to children much more than adults.

Records from 13 million kids and adults linked 5 classes of antibiotics to kidney stones. They include widely prescribed drugs like Bactrim, Keflex, Cipro, Augmentin, and amoxicillin.

"So if they were prescribed at, say, 15 years of age, the risk was much higher than if it was prescribed later in life," said Dr. Tasian.

The theory is that the drugs wipe out some of the gut bacteria which breaks down oxalate, which is the key component in kidney stones.

While antibiotics are essential for stopping serious infections, Dr. Tasian says: "We should be using antibiotics appropriately and judiciously."

He says high-risk children, like those who've already had a kidney stone, should probably take antibiotics that are less associated with stones.

The CHOP team is now taking a closer look at kids gut bacteria, both with and without kidney stones.