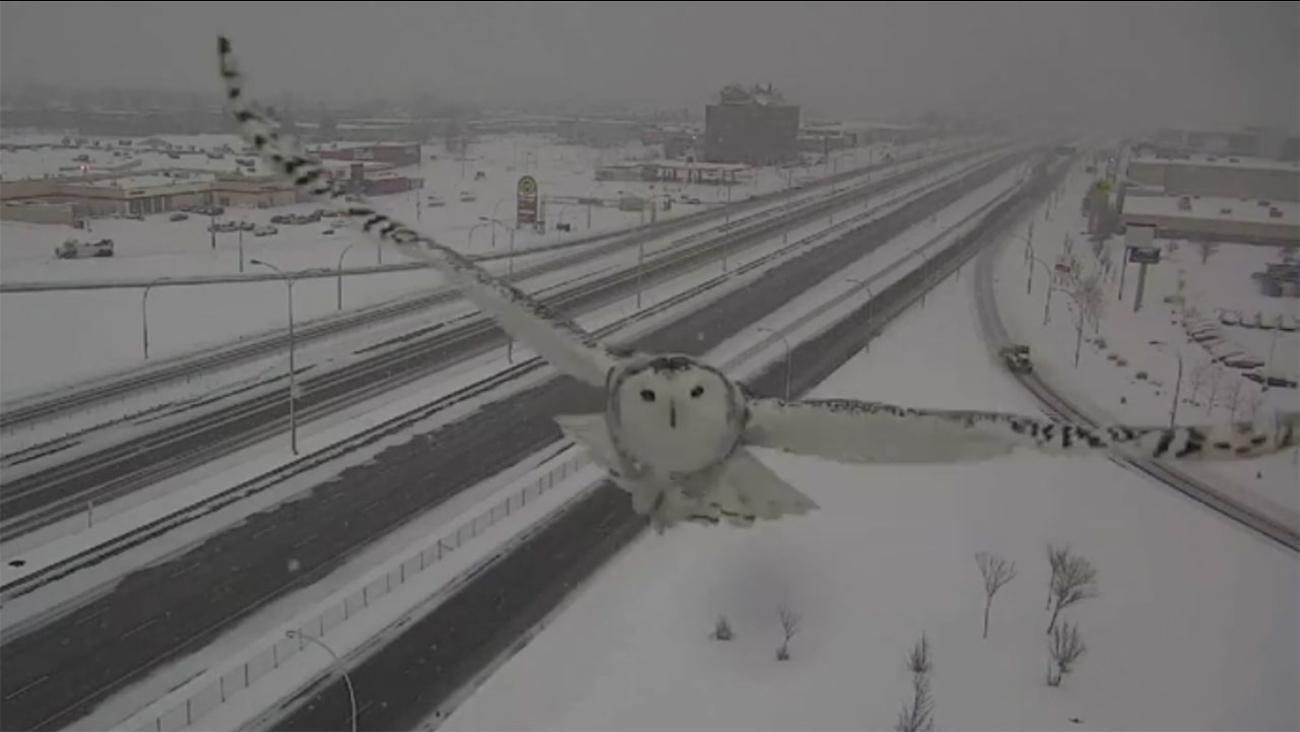 A snowy owl was seen soaring across Highway 40 in Quebec on Jan. 3, 2016, in footage captured by a traffic camera. (YouTube/Quebec Transport Department)

Could it be Hedwig? A surprise visitor on a traffic camera in Montreal, Quebec has the Internet staring in awe -- and speculating whether Harry Potter's bird has been sighted in the Muggle world.

Images of the majestic snowy owl soaring past the winter highway scene were first shared by Quebec's transportation minister, Robert Poeti. He said the footage was taken Sunday morning. The photos became so popular that Poeti shared the video too.


Social media users enthusiastically shared the bird's flight, and many were quick to point out the bird's likeness to Harry Potter's bird, Hedwig.

Maybe my #Hogwarts letter is in the mail @jk_rowling #harrypotter #hedwig https://t.co/gUl3sEVbQS