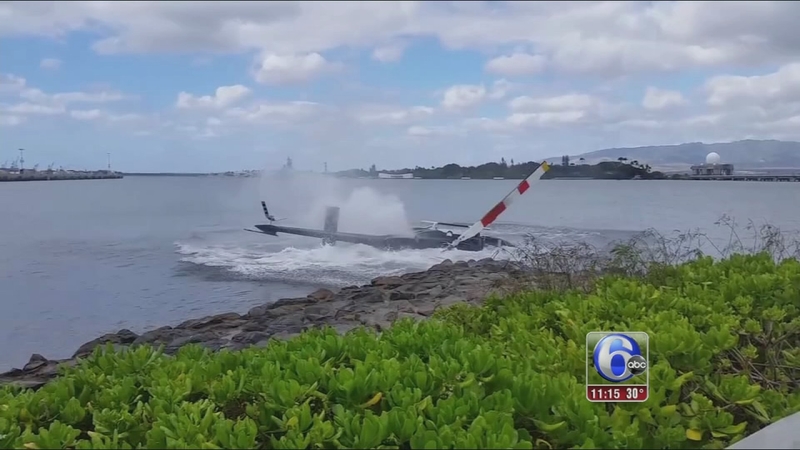 HONOLULU -- Authorities in Hawaii say one person is in critical condition after a civilian helicopter made a hard landing in the water near Pearl Harbor.

McKenzie says all five people were transferred to land after the hard landing, which occurred near the Arizona Memorial, a popular tourist destination in Oahu.

A Honolulu Emergency Services Department spokeswoman confirms one victim was in critical condition.