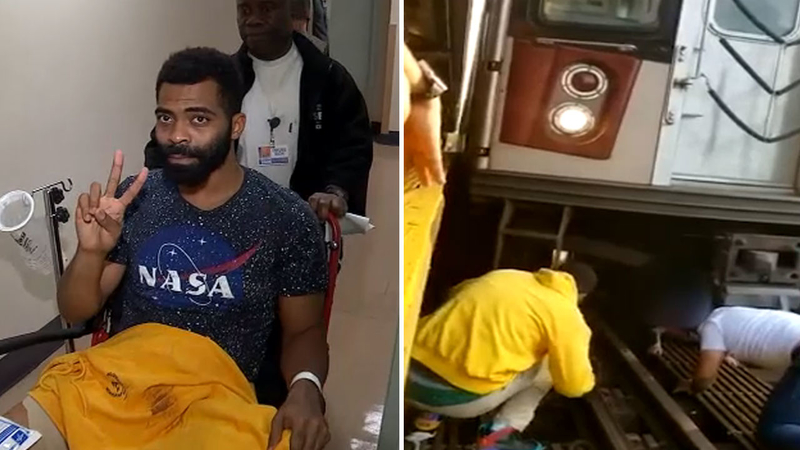 KINGSBRIDGE, Bronx -- Two heroes were honored two days after jumping into action to rescue a 5-year-old girl who had been dragged in front of a New York City subway train by her father.

Video showed the men teaming up Monday to rescue the girl from underneath a subway car at the Kingsbridge Road station after her father jumped off the platform with her in his arms.

The father, later identified as Fernando Balbuena-Flores, was killed, but the little girl escaped serious injury.

"By the sake of God, the child ended up under the train, underneath, between the wheels, this is how she was able to survive," Antonyo Love said.

The cellphone video from across the platform showed the men rushing to the little girl's aid to pull her back onto the platform.

Love was not on the platform at the time, but heard the commotion and ran to see what happened.

The Memphis native didn't think twice about getting involved and helped Torres, who was trying to coax the girl to crawl to them.

Torres said he saw Balbuena-Flores' mangled body and heard the girl ask, "Where's my daddy?" He coaxed her not to look at him and crawl out from under the tracks "like a puppy."

Torres said the moment he jumped onto the tracks, he thought he might die.

Diaz presented each man with a Citation of Merit in recognition of their actions.

He praised them for their heroism and bravery, calling both men an inspiration for the entire community.

Kemberly Richardson reports on the fatal subway train incident in the Bronx. 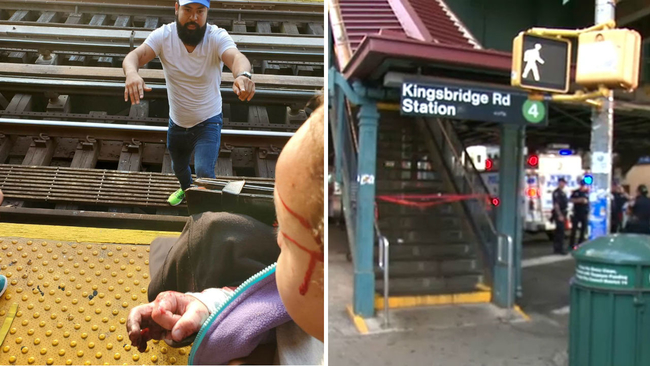