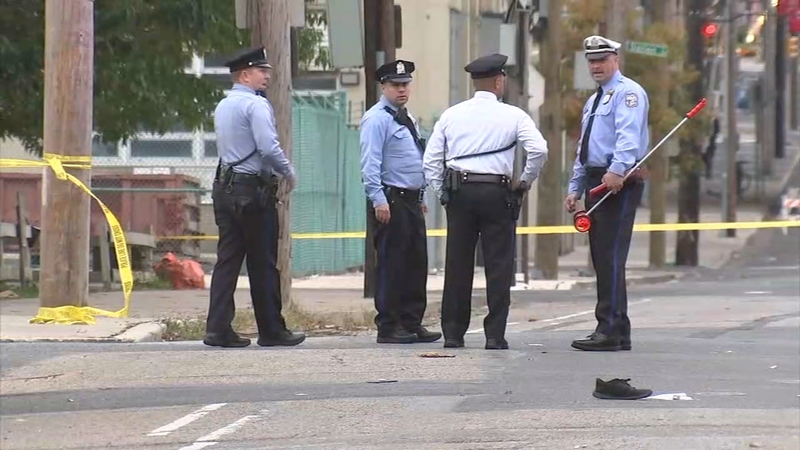 PHILADELPHIA (WPVI) -- Police said a man who was walking his dog down a North Philadelphia street was struck and killed by a hit-and-run driver Saturday afternoon.

After 2:30 p.m. officers arrived on the 700 block of West Berks Street to find pair of shoes, a hat and dog waste bags were scattered feet from each other in the roadway.

"I saw the guy on the floor and it was real, real bad," said Louise Martinez, who lives nearby.

A driver, in what's been described as a dark green Pontiac minivan with heavy tint, was last seen traveling east on Berks Street before hitting a man who was walking his dog.

Police said the dog was taken to Animal Care and Control Team of Philadelphia.

The victim, a man in his 30s, was rushed to Temple University Hospital where he was pronounced dead.

Skidmarks were visible on the road near the collision site, and it is not clear if police were in pursuit of the van prior to the hit-and-run.