Cyclist fighting for his life after hit-and-run in Philadelphia 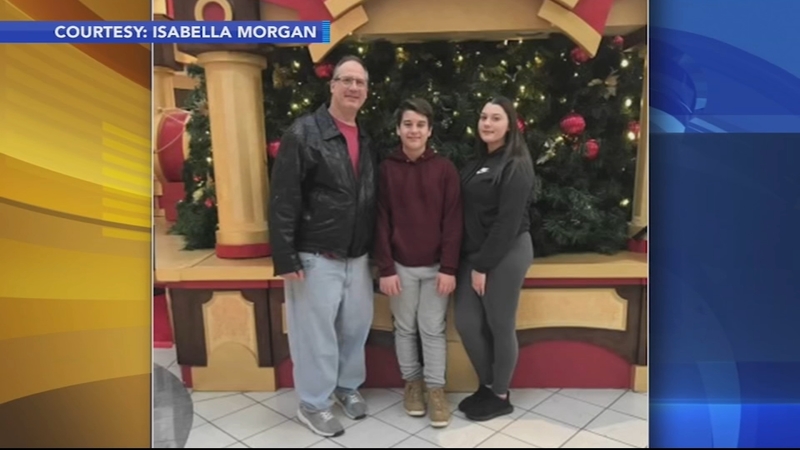 Cyclist fighting for his life after hit-and-run in Philadelphia

PHILADELPHIA (WPVI) -- Police in Philadelphia and Bensalem Township, Pennsylvania are on the hunt for a hit-and-run driver who critically injured a cyclist last weekend.

The accident happened on December 5 around 9:51 p.m. Police say a driver slammed into 55-year-old Timothy Morgan who was biking at the intersection of Knights and Mechanicsville roads in Northeast Philadelphia. The driver never stopped, said police.

Morgan is critically injured with severe head trauma and bleeding of the brain.

Police are looking for a driver who fled the scene after hitting a 32-year-old man crossing the street Friday morning in Philadelphia.

After the accident, police said the driver traveled to Bensalem. Police believe he may have been driving a dark-colored SUV or sedan. They are combing the area for surveillance video.

"I'm very angry, upset," said Morgan's daughter, Isabella. "It's horrible knowing that someone would be able to do this and not come forward."

Morgan's son, Timothy, said his dad rode through the intersection every day.

"The same route around the corner. Thirty-eight minutes, he timed it. He came back and told us stories about where he went," said Timothy.

Family members say Morgan is in a coma and on life support, but they can't go into his hospital room to console him because of COVID-19 restrictions.

"It's horrible to see him like this and we can't even be by his side," said Ava Moritz, a family friend.

Morgan has 10 siblings. Kevin Morgan, one of his brothers, tells Action News the family is staying strong but doctors haven't shown much hope.

"We would come over every Christmas and he was such a lively person, he really didn't deserve this. I pray that the people who did this to him to come forward," said Moritz.